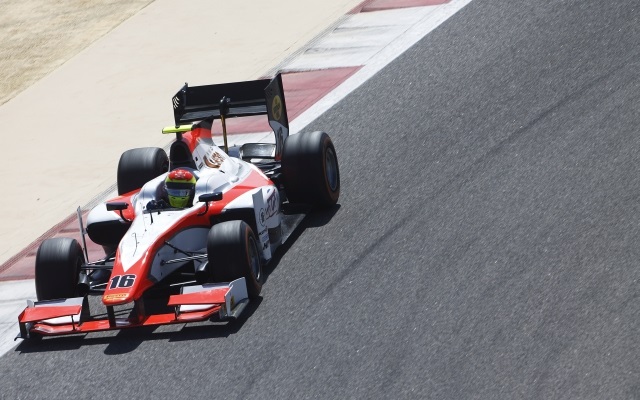 Sergio Canamasas has been named as MP Motorsport’s second driver for the opening GP2 round in Bahrain.

Canamasas, 26, is set to be present in the fourth straight GP2 season in a row, having made his debut in the series in 2012.

The Spaniard has been part of junior single-seaters since 2007. First, he ended a three-year-long Spanish F3 (currently known as Euroformula Open) spell in sixth before joining Formula Renault 3.5 in 2010.

After a quiet rookie season he showed some promise the following year with a podium finish at the Hungaroring and eighth as his final position in standings.

He switched to GP2 at the end of 2012 before entering full time with Caterham the next year.

While he could only score three points in that season, 2014 marked his first podium finish and 14th in the standings despite missing the first round?at Bahrain.

Canamasas began the 2015 pre-season testing driving for Hilmer in the first three days in Abu Dhabi, before moving over to MP Motorsport for the Bahrain test.

He will race alongside MP-tied Daniel De Jong to complete an experienced duo at the team, both having made over 50 starts in GP2.