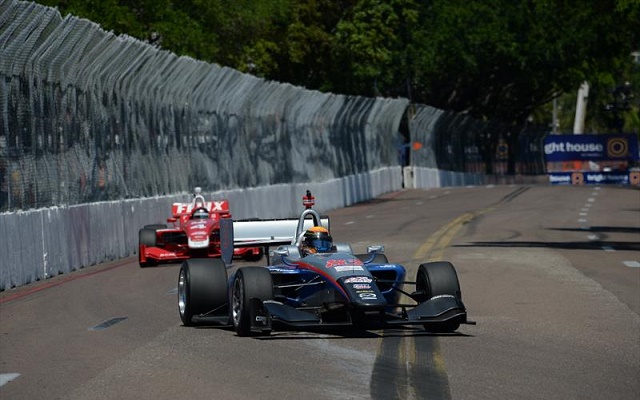 Matthew Brabham will contest the second round of the 2015 Indy Lights season at Long Beach with Andretti Autosport.

Brabham, 21, raced in the season opener at St. Petersburg but had not been previously confirmed for any further outings.

“I am incredibly happy and grateful to be heading to Long Beach, and a big thanks must go to Bob Stellrecht [of sponsors Stellrecht Company] for believing in me and giving me this opportunity,” stated Brabham. “I am confident we will be right up there at the top and fighting competitively.”

The Florida-born driver finished fourth in his rookie season in Lights last year, but is currently only ninth in the standings after one round with the new IL-15 car.

He collided with Belardi’s Felix Serralles in race one before being held off for sixth by Scott Hargrove in race two.

“The team has been doing a great job and we were constantly learning and improving the car at St Pete,” he said. “It is an awesome race car and I couldn’t imagine anything better than muscling it around the wall jungle of Long Beach.”

The Mazda Road to Indy star, a rookie champion in both USF2000 and Pro Mazda, claimed his first Lights podium at Long Beach last year.

“Matt is a good kid; always hungry for that win,? said Michael Andretti. ?We?re happy to be able to have him come back for Long Beach.”

“We?d love to have the sponsorship to run him the remainder of the season, and are working hard on it. Hopefully something will come through for him.?