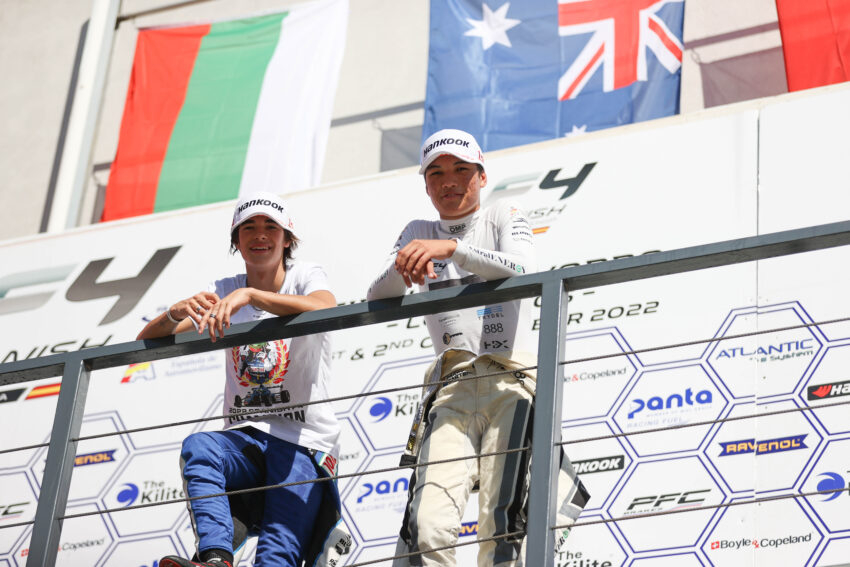 Campos Racing has had the disqualification of its cars from the first two Spanish Formula 4 races at Navarra last month overturned.

On November 2, Spanish F4 announced: “The appeal and disciplinary committee withdraws all the penalties imposed to Campos at Navarra. Campos secures teams’ title and Nikola Tsolov becomes Rookie of the Year.”

All six of the team’s cars, spread across the ‘Campos’ and ‘Campos Racing’ entry licenses, were removed from the results of two races due to illegal parts modification.

Campos mechanics had added their own metallic grilles to the three gill-like louvres that are on the side of the Tatuus T-421’s sidepods to prevent debris getting in, with no performance gain intended. While that is allowed on Formula 2 and FIA Formula 3 cars, the Tatuus manual for F4 only allows a fence-like grill to be added in front of the radiator at the front entrance of the sidepods and provides no exceptions for modification further back in the bodywork.

Spanish F4’s technical delegate noted the application of the grilles and made a report to the stewards, and Campos was disqualified. The notice came in time for the team to remove the grilles before the final race of the weekend.

Campos almost immediately appealed the decision, and was successful in doing so, meaning Hugh Barter is reinstated as the winner of both races and MP Motorsport’s Kirill Smal loses his first two Spanish F4 wins.

There is significant changes further down the order too due to the number of disqualified cars being added back into the results, with champion Nikola Tsolov back in third place for race one and George Kelstrup reinstated in 10th.

Sainteloc Racing loses its best F4 result but does still score a point as Theophile Nael jump from 11th to seventh in the race result is reversed, and MP’s Sebastian Gravlund loses his first points by dropping back from eighth to 12th.

Barter and Tsolov are now one-two again in race two, which means Drivex School’s Daniel Nogales loses his first podium as he is shuffled back down to sixth from third. Gravlund now gets his first series points with a ninth place in race two.

Unimpacted by the switch back to the original race results is the outcome of the title, with Tsolov still 78 points clear of Barter and therefore champion with only 72 points available to score at next week’s Barcelona season finale.