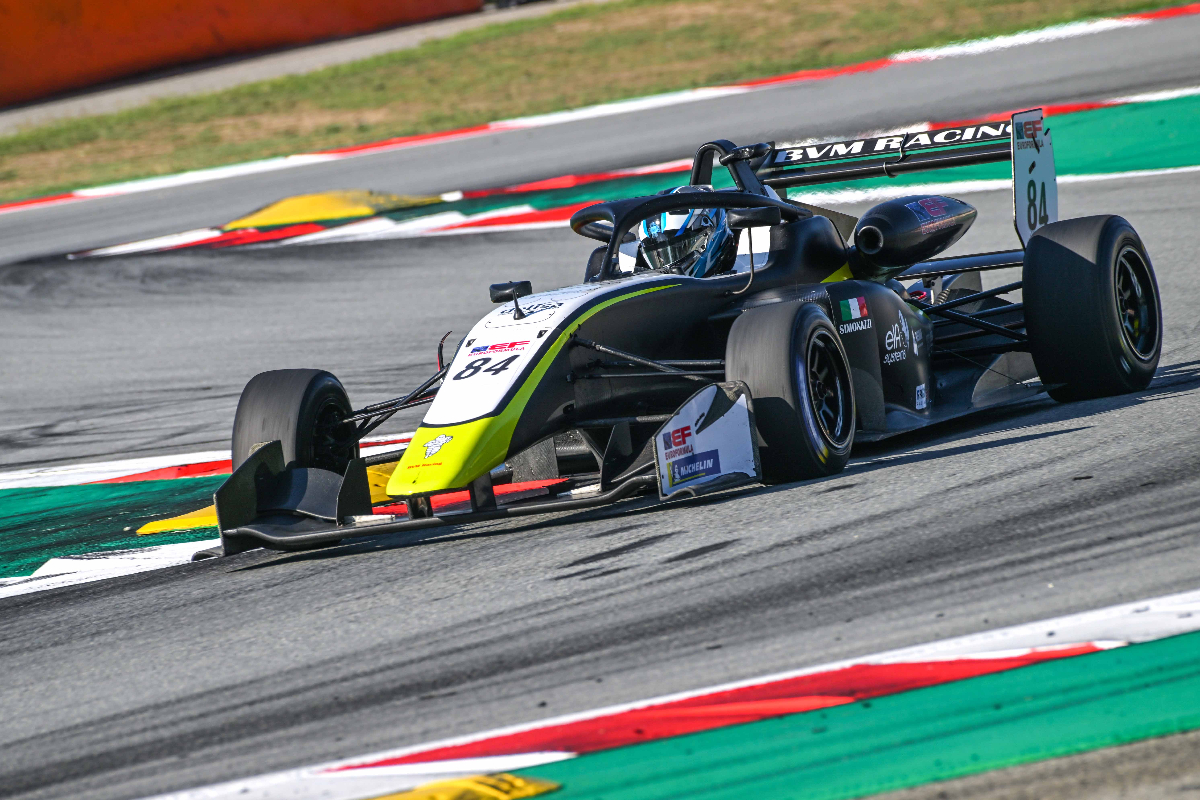 Euroformula has announced BVM Racing will become a two-car team next season, while Race Performance Motorsport moves closer to joining the series.

BVM has raced with a single car for Francesco Simonazzi since rejoining Euroformula in 2021’s penultimate round, and claimed a win and three other podiums this season. Simonazzi is set to stay with the team for 2023.

Irish-owned Italian outfit R-P-M was established last year and has been looking to enter Euroformula ever since, having bought two unraced Dallara 320 chassis and Spiess engines. But customs problems prevented it from debuting this summer, and focus was also put into its Formula Regional European Championship programme.

“I’m definitely going to run a test programme next year, but I suppose it depends where the championship goes. We have a lot of interest in the team next year for FREC because the performance has been pretty well.

“It’s hard to judge [when to join] because it’s a risk if we put all the programme together it’s a lot of investment. We have the cars, we have the truck, but still to pump the money in to try to develop the car to be competing at the front, it’s going to be a lot of money.”

“We have 10 days of winter testing, so we’ll try a few drivers in that period and see how we get on. There’s one in particular we’re trying to work like a programme basically to try to get a team sponsor on board.

“With the whole history in Ireland of Eddie Jordan, that’s kind of what we’re trying to portray that we’re the only Irish team [in Europe] since Jordan. We have a long way to go to get to where he was, obviously. But it’s a selling point.”

As hinted in its name, R-P-M contains former members of the defunct RP Motorsport team and is based where RP, which used to dominate Euroformula, was located.

“We’re putting in a simulator over the winter and then we’re going to start developing it and just make [the workshop] look nice,” Donegan added.

“It’s a six-degree-of-freedom simulator, so full motion. The car model and the track models are modelled off FREC, so over our winter test we will put extra sensors on the car to try to develop the car model. So on the sim it’s then more accurate. Same with the tracks.

“There’s a lot of teams that have sims, but for me, unless it’s properly developed, there’s no point in doing it. You’ll learn more wrong than you will right. So if we can do it right, it will help. And with the full test programme, with a driver from the start of the year and proper simulator training, it should help.”