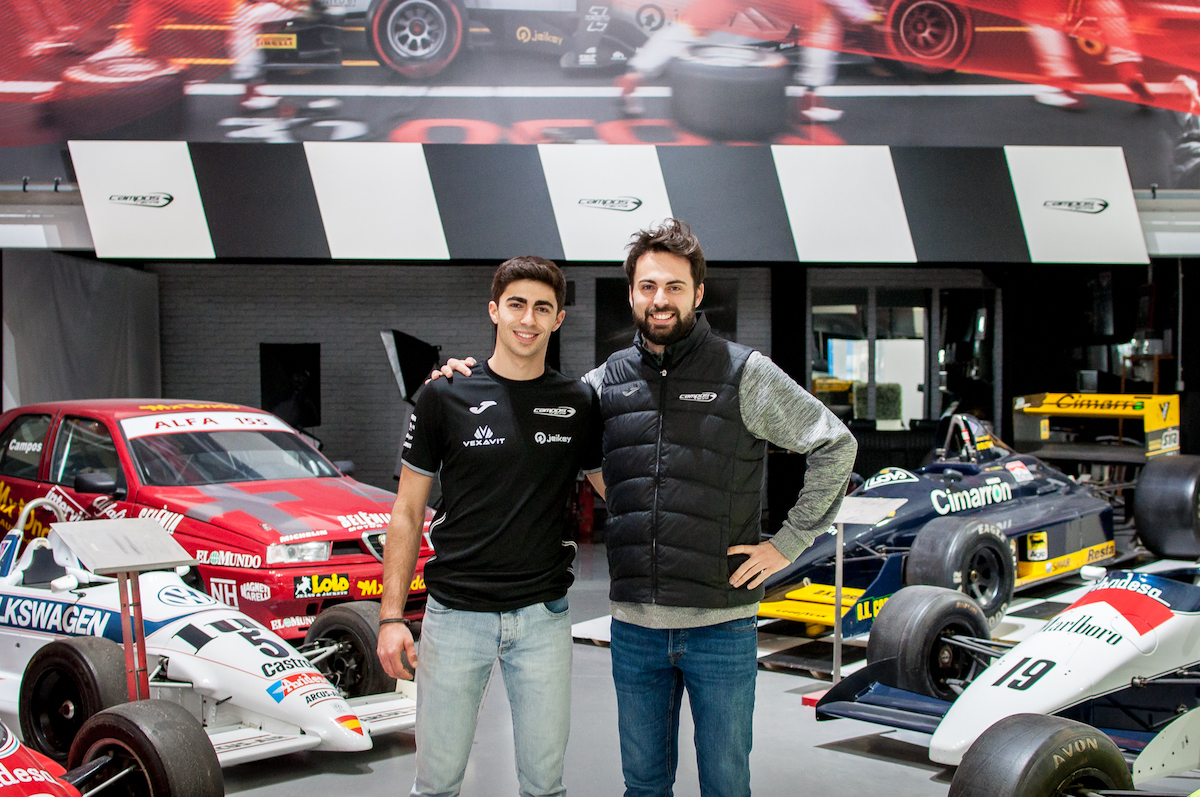 David Vidales will step up to the FIA Formula 3 Championship this year with Campos Racing, whose late founder Adrian Campos helped him into single-seater racing.

Vidales first drove an FIA F3 car with Campos at the end of 2019 as a car racing novice, having joined the team for a wider testing programme after a karting career in which he was runner-up in the world championships at OK Junior and senior levels and in the KZ2 International Super Cup.

Backed by Adrian Campos’s former business partner Salvatore Gandolfo (who also supports IndyCar champion Alex Palou and Formula E’s latest race winner Pascal Wehrlein), Vidales won both races on his single-seater debut in the Formula Renault Eurocup at Imola in 2020, and finished up sixth in the standings with JD Motorsport.

When the Eurocup merged into the Formula Regional European Championship for 2020, Vidales linked up with defending champion team Prema and won the first race of the season but ultimately ended up 10th in the points after colliding with team-mate Dino Beganovic in spectacular style as they fought over the last race of the campaign at Monza.

“It’s an honour for me to become part of the team founded by the late Adrian Campos, the man who, together with my manager Salvatore Gandolfo, helped me in my first steps in single-seater driving,” he said.

“Also, I am very proud to join a Spanish team and I can’t wait to start working with them to aim for wins in the 2022 FIA Formula 3 series.”

Vidales will be one of two promising young Spanish drivers in the Campos F3 line-up together with Pepe Marti, who last year finished third in Spanish Formula 4 with the team and currently holds second position in the Formula Regional Asian Championship.

“I would like to welcome David as a new Campos Racing driver,” said Adrian Campos Jr. “He is a very competitive driver who got his first taste of single-seater racing with us. We all know his real potential and how well he is able to perform.

“Whenever we have the opportunity to work with Spanish talents, we definitely do it. Our goal this season is to hoist the Spanish flag at the top of the podium as much as possible.”