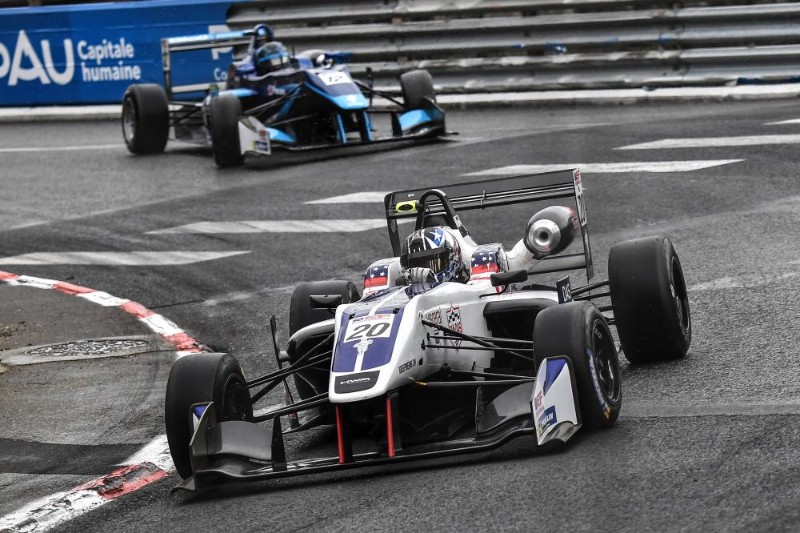 Euroformula Open driver Cameron Das has called the wet Pau Grand Prix “the hardest race I’ve ever had to do” after sticking with slick tyres for the duration.

The Fortec Motorsports driver qualified seventh, and passed two cars off the line to sit in fifth early on. He held that position for five laps until the wet tyre-shod Billy Monger moved past at Turn 2.

The crash between the lead Motopark cars lifted him third, but worsening weather conditions meant he had a train of cars behind. A failed move by Linus Lundqvist hastened Das’s decline down the order, but in the closing laps he slipped to eighth place.

“[Slicks] was an agreed decision [with the team] before the race started,” Das, the only driver to use slicks throughout, told Formula Scout.

“Could?ve gone in our favour, but it didn?t obviously. But we didn’t end up in a bad position so I can’t complain.”

Sixth place in the first race of the weekend in Pau and eighth in the second were Das’s first points of the season, putting the former BRDC British Formula 3 star and United States Formula 4 champion 12th in the standings.

“It was the hardest race I’ve ever had to do. I was inch-perfect everywhere, no mistakes, or else I would be in a wall.

“Absolutely pleased [with the result]. I mean, we didn’t have any crashes at Pau, which is an achievement in itself I think, and not a lot of other people can say that. So I am preally proud of that race.”