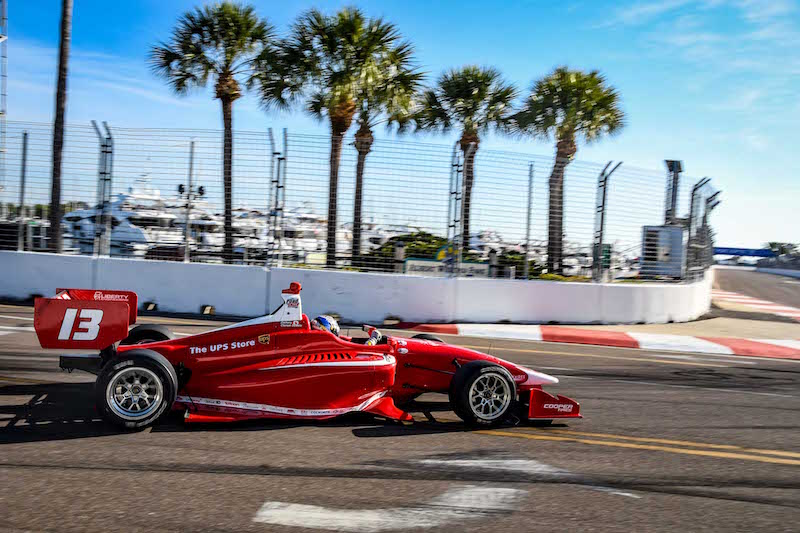 Former IndyCar racer Zachary Claman DeMelo will sit out the remainder of the 2019 Indy lights season due to budget issues.

The 21-year-old Canadian started the season with victory and the championship lead at St. Petersburg, but has since slipped to fourth in the standings.

His Belardi Auto Racing team has already lost former GP3 driver Julien Falchero from its line-up, and bar a joint entry with Jonathan Byrd’s Racing to run sprint car racing champion Chris Windom at the Freedom 100, it will likely only field one car for the rest of the season.

“Racing is such a sport of highs and lows! So today I got official confirmation that I will not be competing in the Freedom 100 and my season is over due to sponsorship,” DeMelo announced on his Instagram.

“The year started off amazing for me winning St. Pete and getting the points lead early in the year and then things all turned after COTA when we forgot to put fuel in the car for qualifying and had a engine failure in the second race due to mileaged out parts.

“Anyway, I would like to thank the team at Belardi for all then hard work, and my engineer Tim Neff who has been absolutely amazing. I look forward to seeing what?s next in my career, and would like to think it?s far from over!”

DeMelo also raced in Indy Lights from 2016-’17, picking up one win with Carlin, and took a best finish of 12th in a part-season in IndyCar last year with Dale Coyne Racing.