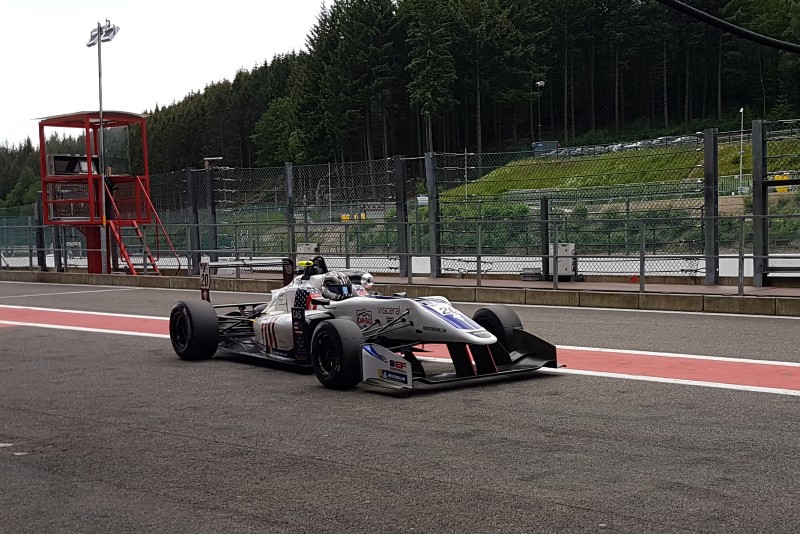 Das led the times early on, but was outside of the top five by the time the winds picked up. This meant there were no improved times for much of the session, with Teo Martin Motorsport’s Lukas Dunner leading Carlin’s Billy Monger.

With five minutes to go the wind died down a little, and the order at the front was quickly reshuffled. Jack Doohan was the first to beat Dunner for Double R Racing, but was then bettered by Das and Dunner.

Christian Hahn became the second driver to lap sub-2m13s for Carlin just before Dunner crashed out and caused the session to end two minutes early.

The Austrian was pushing on a quick lap, and took too much kerb at Les Combes. His car oversteered and span him around once, before he drove into the wall.

The early end meant he stayed in third, ahead of Double R’s Doohan and Linus Lundqvist, Motopark duo Julian Hanses and Marino Sato, Monger, and the returning RP Motorsport car of Javier Gonzalez.

As in free practice 1, Teo Martin’s Aldo Festante failed to get any representative running, while debuting team CF Racing propped up the order.