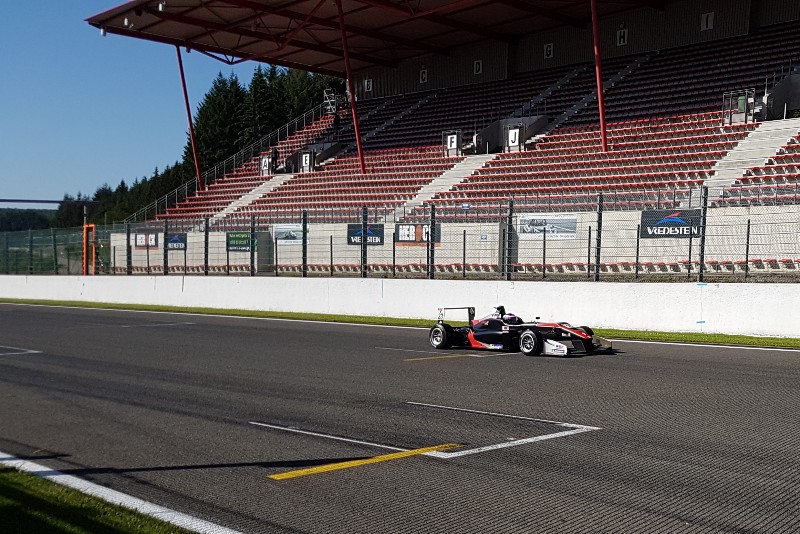 The Italian team, the most successful in EF Open history, had a pointless first round of the season and has absent since while switching from Piedrafita to Spiess engines. Javier Gonzalez got the team into eighth place, 1.683 seconds off the pace of Sato.

Motopark driver Sato and Double R Racing’s Linus Lundqvist were the only two drivers to break into the 2m12s, with Lundqvist’s late flyer putting him 0.157s behind.

Joining Lundqvist in setting a lap just before the chequered flag was Teo Martin Motorsport’s Lukas Dunner, who ended up almost a second behind with Sato’s team-mate Yuki Tsunoda.

Carlin’s Christian Hahn made it four teams in the top five, some distance ahead of Tsunoda’s fellow Red Bull junior and team-mate Liam Lawson.

10 years of the Ferrari Driver Academy: The top 10 talents