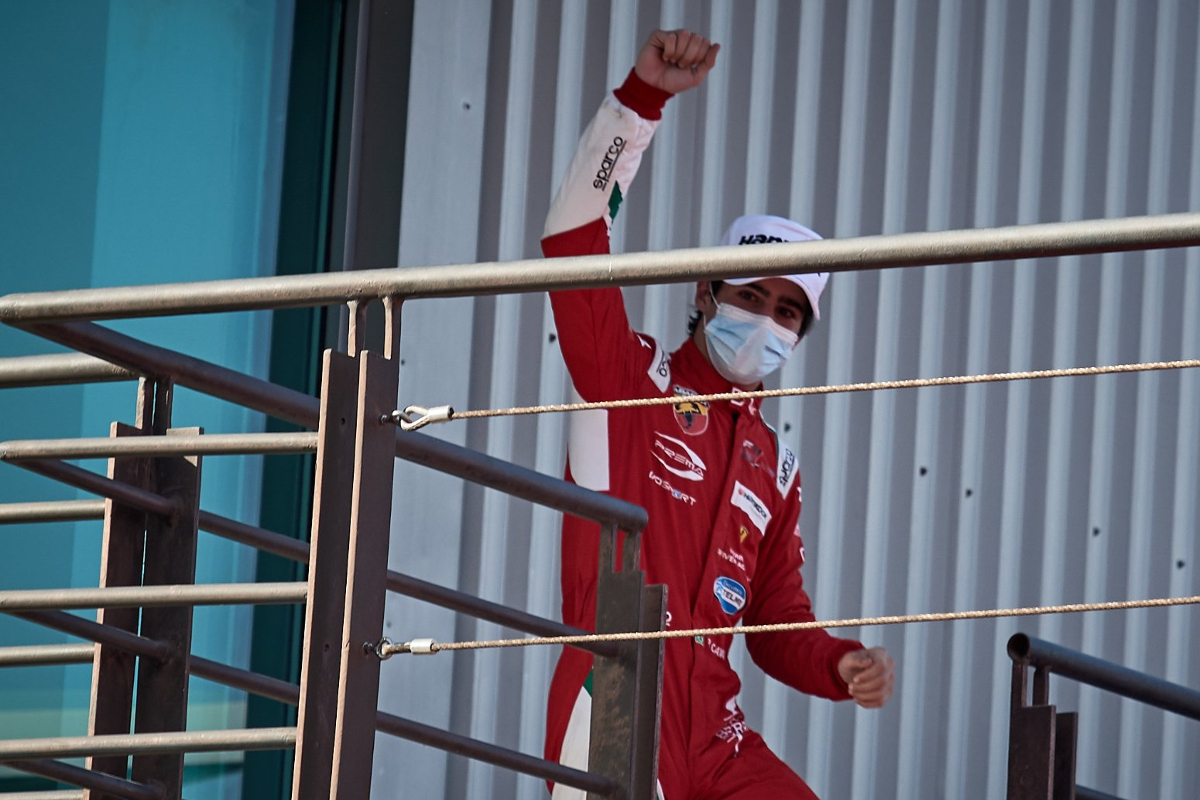 Ferrari junior Rafael Camara made contact with Aiden Neate on the last lap but came through to take his second Formula 4 United Arab Emirates win at Dubai Autodrome.

Camara charged off into the lead at the start of the 25-minute race from pole position but only a handful of corners were completed before Michael Shin made contact with Sohil Shah on the circuit’s Grand Prix loop, sending him into the path of Miron Pingasov and eliminating himself and Pingasov.

The lengthy safety car period ended with 14 minutes to go and an intense scrap between Hitech GP’s Luke Browning and Prema’s Charlie Wurz began, allowing Camara to sprint off into the distance.

This brought Neate, who was recovering after a poor start, into the fray and he got past Browning and Wurz. Camara held a healthy lead at this point of a few seconds, but suddenly Neate was able to carve huge amounts of time out of it.

Neate made a move towards the end of the race to take the lead, but Camara barged his way past Neate at turn one on the last lap to return to the front. Neate tried to get back through but to no avail before they encountered yellow flags.

While Camara claimed a second win, Neate closed in on the points lead but continues his wait for a victory.

Wurz came out on top of his intense scrap with Browning to round out the podium, with debutant Christian Ho rounding out the top five ahead of title-fighting MP Motorsport team-mate Tasanapol Inthraphuvasak. Wurz is currently under investigation for overtaking Browning off the circuit.

Nikita Bedrin was seventh but he too is under investigation for contact with PHM Racing team-mate Taylor Barnard, which eliminated the latter and resulted in yellow flags at the end for his car parked at the pit entry.

Alex Dunne, Martinius Stenshorne and Andrea Kimi Antonelli rounded out the top 10, capitalising on various exciting battles in the midfield to round out the points. Suleiman Zanfari is to start the fourth and final race of the weekend from pole position.