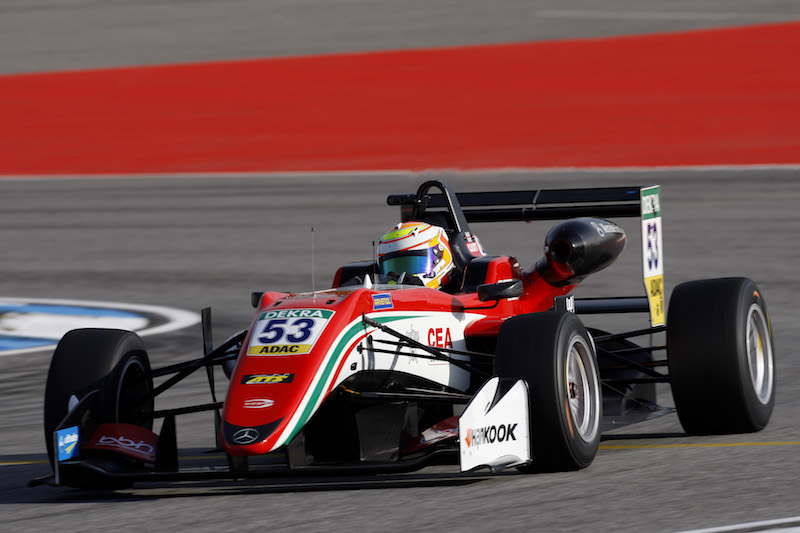 Callum Ilott took a dominant win in the second race of the Hockenheim?Formula 3 European Championship finale as Prema secured its seventh teams? title in a row.

The British driver won the slightly-shortened second race by 11.3 seconds ahead of Prema team-mates Maximilian Gunther and Guanyu Zhou, completing 21 laps around the Hockenheimring.

Ilott started on pole ahead of team-mate Gunther and held off the early challenge from both Gunther and fellow Prema driver Zhou.

Once the early challenge had cleared, Ilott was able to pull away from the rest of the field to take victory.

Gunther finished in second place to close the gap to Joel Eriksson in the battle for second in the championship.

With Eriksson finishing in fourth place despite putting pressure on Zhou in the latter stages of the race, the Swede’s advantage was reduced to 12 points ahead of the season finale, which Gunther will start on pole.

Both Piquet and Makino received a five-second time penalty for incorrect grid positions.

Norris, who secured the title in the first race at Hockenheim, tried to attack on lap one.

But he found himself running wide at the hairpin and re-joined the race back in 13th?place and was unable to make his way into the points.