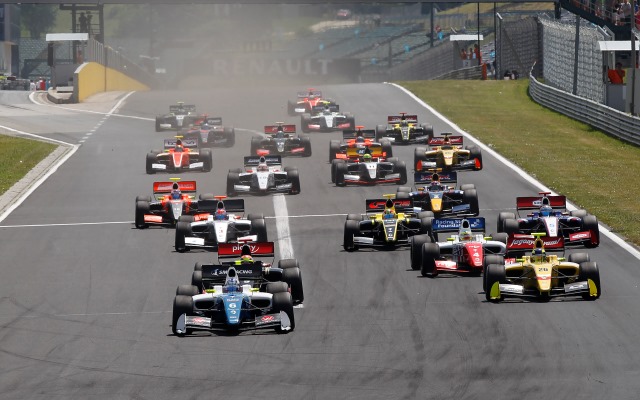 A provisional 2016 calendar for has been revealed for the renamed Formula 3.5 V8 series.

The former Formula Renault 3.5 Series will continue next year under the management of promoter RPM Racing following the withdrawal of Renault’s support.

Five of these – Spa-Francorchamps, Silverstone, Spielberg, Monza and Barcelona – will come about through a tie-up with the promoter of the Euroformula Open and International GT Open championships, as will the continuation of a season finale at Jerez.

The Hungaroring features as a support slot for the World Touring Car Championship.

The season will start at Aragon, alongside 2015 companions Eurocup Formula Renault 2.0 and the Renault Sport Trophy, while a French round is maintained with the Blancpain Endurance Series event at Paul Ricard.

Compared to the 2015 calendar, Paul Ricard, Monza and Barcelona all make a comeback, with Monaco, the Nurburgring and Le Mans missing out.