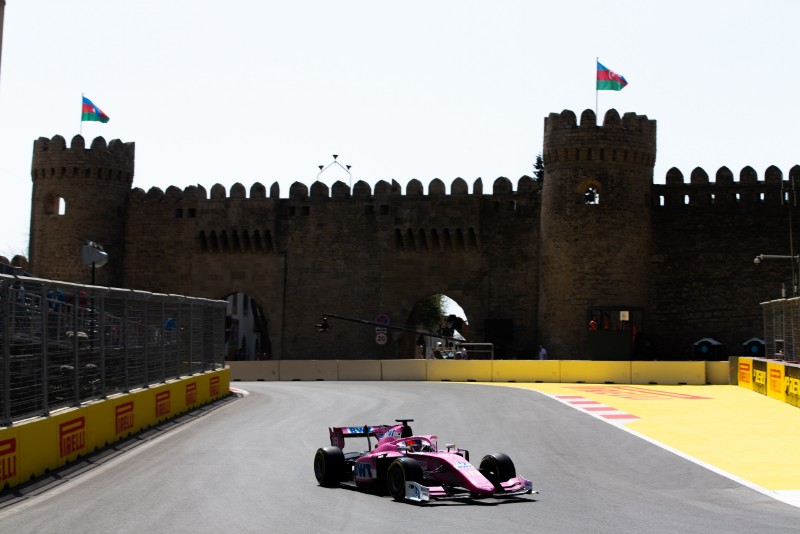 Arden’s Tatiana Calderon has been given a three-place grid penalty for Formula 2’s Barcelona feature race after causing a multi-car crash in the Baku sprint race.

On the opening lap Calderon attempted to overtake Trident’s Ralph Boschung at Turn 1, but was unable to make the corner and collected Carlin’s Louis Deletraz as well as Boschung.

The Colombian rookie is currently last in the championship, with one 13th place finish to her name from the Bahrain season opener, but is with a team that had struggled in F2 in recent years. Despite this, her GP3 champion team-mate Anthoine Hubert has picked up two points finishes and is 10th in the standings.

Just ahead of her in the standings is MP Motorsport’s Mahaveer Raghunathan, who was also penalised for an incident that occurred during the Baku sprint race.

The Indian, who finished 11th in the feature race, passed Virtuosi Racing’s Guan Yu Zhou before the control line during the race’s safety car restart, which has resulted in five seconds being added to his race time. As he was already the last classified finisher, it has no impact on his end position.

Earlier in the weekend, Raghunathan had failed to visit the weighbridge after free practice and had to start the feature race from the pitlane. Undeterred, the 20-year-old went on to take his best result of the season.