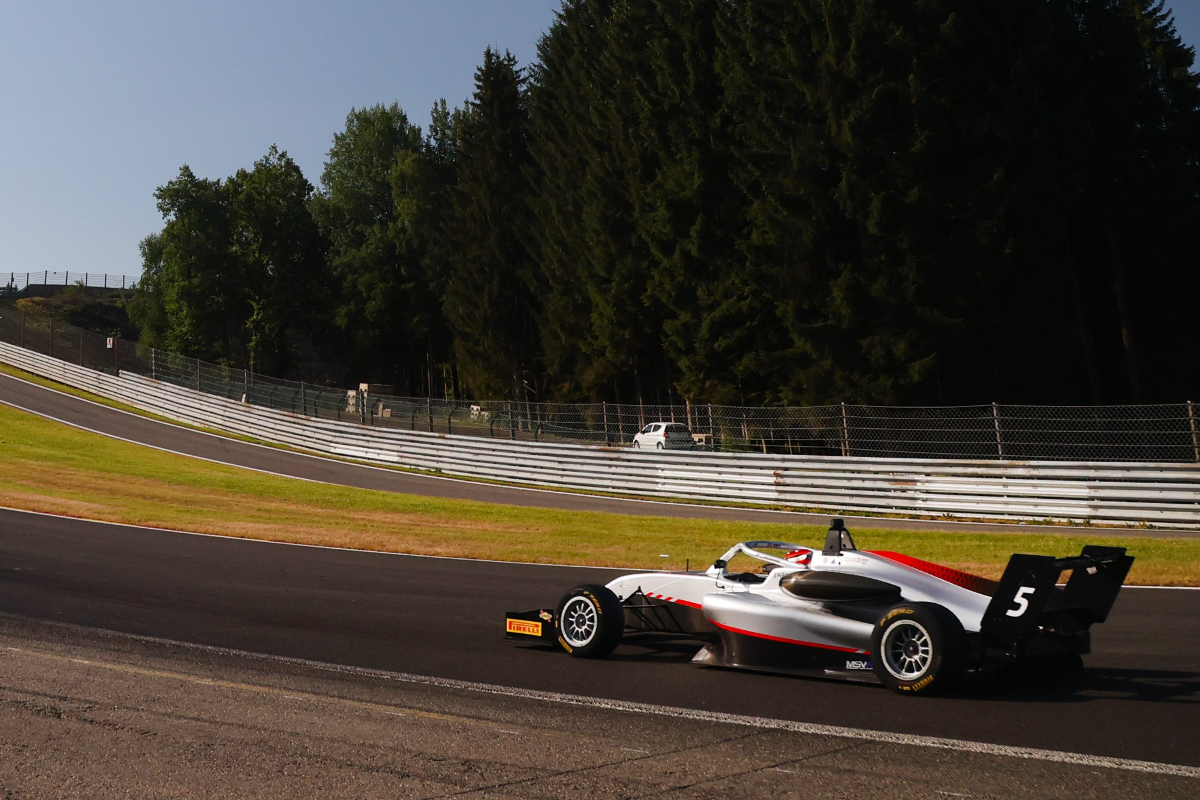 Browning claimed pole for race one by a massive 0.475 seconds, despite not improving after his third lap of the qualifying session.

He improved with each of his third attempts, then after his fourth lap pitted before going on a second run where he was unable to find more pace.

Chris Dittmann Racing’s Branden Lee Oxley and McKenzy Cresswell had been closest to Browning’s pace at first, then at the end of the first runs Douglas Motorsport’s Max Esterson jumped up to second place.

However he couldn’t go any faster after that either, and it was Fortec Motorsports’ Joel Granfors who discovered some extra pace and jumped into the top four and then onto the front row with a few minutes remaining.

He went second fastest by just 0.001s, while Browning’s team-mate Cian Shields qualified an impressive fourth and was 0.587s off the pace.

Although Browning’s peak pace came early in qualifying, his second-best effort came on his final lap and that was good enough to also put him on pole for race two.

Again he had a big margin to second place, with Oxley the next best driver and 0.522s slower while Granfors and Esterson were third and fourth, just ahead of Hitech’s Bryce Aron and Cresswell who will share row three of the grid for both races.