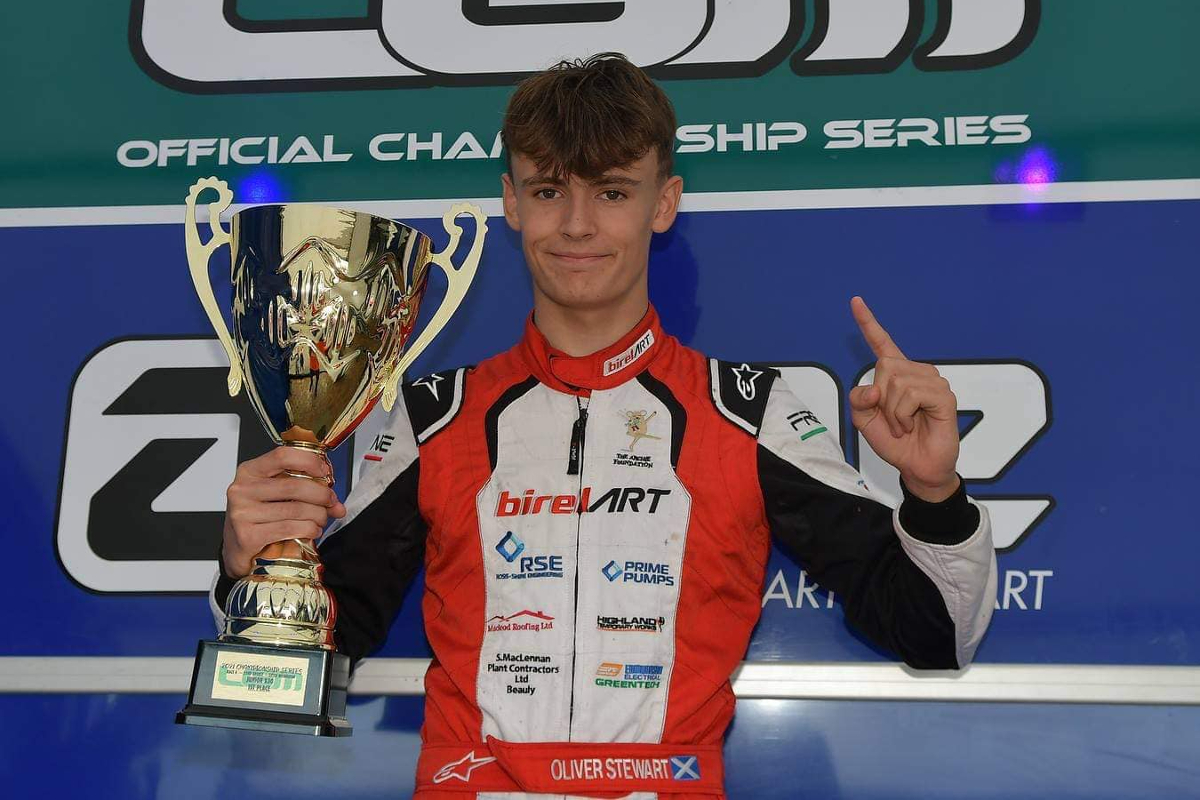 British karting star Oliver Stewart is making the step up to car racing with Hitech GP in British Formula 4.

Stewart joins the already announced Eduardo Coseteng and Daniel Mavlyutov at the squad, which will also be making its series debut this season, and got his first F4 experience by testing with Jenzer Motorsport in Italy last November.

“I’m overwhelmed by the opportunity I have been given to drive for such a fantastic team as Hitech GP,” Stewart said.

“It has been my dream to race in a car ever since I was a little boy. It’s a huge step and a massive learning curve but I will give it everything and make the most of the fantastic chance I’ve been given.”

While the majority of Stewart’s racing has been done in Britain, he has also karted abroad and came second in last year’s IAME Warriors Final in Italy.

“We are excited to welcome Oliver onboard for the 2022 season,” said Hitech’s British F4 team manager Dominic Stott.

“He has had some strong results in karting and we want to show what we can do together. We now have a solid driver line-up for the British season, and we aim to build on our strong showing in the FIA F4 UAE championship over the last couple of months.”