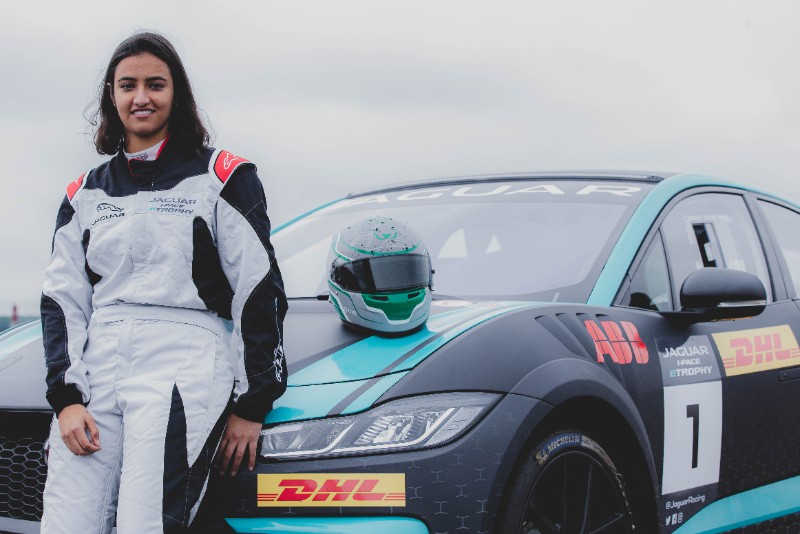 British Formula 4 driver Reema Juffali will contest the opening races of the 2019-20 Jaguar I-PACE eTrophy season in her home country of Saudi Arabia as a VIP driver next weekend.

Her first single-seater experience came in the MRF Challenge at the start of the year, which proved to be a struggle, and she then made a surprise move to British F4 with Double R Racing. She came 13th in the standings, with a best finish of eighth.

The I-PACE eTrophy has ran for one season and is Formula E’s only support series. It uses all-electric Jaguar SUVs and each round includes a centrally-ran car for a ‘VIP’. Previous VIPs include W Series’ Alice Powell and former FE racer Salvador Duran.

?I am thrilled to be the Jaguar I-PACE eTrophy VIP driver for the first races of season two,” said Juffali.

Saudi Arabia only lifted its ban on females driving shortly before Juffali began her racing career, and since then the country has held the season opening round for FE and the I-PACE eTrophy in the historic town of Diriyah.

Juffali’s British F4 rivals Luke Browning and Louis Foster were recently in a shootout to become a junior driver for Porsche, one of FE’s manufacturers, but lost out to Ginetta GT4 Supercup champion Harry King.