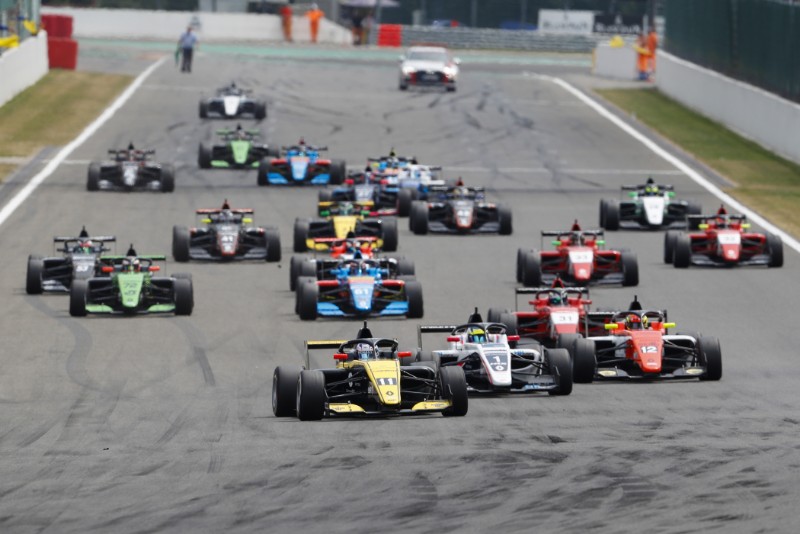 Renault Sport has confirmed the nine teams that will contest the Formula Renault Eurocup next year, with the inclusion of championship returnee ART Grand Prix.

All eight of the teams that entered the 2019 season – the first using Regional Formula 3 rules – are continuing in the series according to the entry list released by Renault, with ART being the only addition.

Formula 1 world champion Fernando Alonso’s ‘FA Racing’ team was one of the debuting squads for this year and came last in the standings after missing the final two rounds and taking a best finish of eighth with its rotating cast of drivers.

The entry was ran by Spanish team Drivex School, which won the Spanish F4 title this year with Alonso protege Franco Colapinto, although ‘by Drivex’ has been dropped from the FA Racing name on the 2020 entry list.

In September, ART revealed its intention to return to the Eurocup next year, having last raced in it in 2003, when it ran future IndyCar champion Simon Pagenaud.

ART was known to have been one of two new teams that applied for a 2020 Eurocup entry, with sources indicating to Formula Scout that its F2 rival Prema was the second team that had registered interest.

Prema raced in the Eurocup from 2001-’03, then from 2005-’14. It won the teams title on its first attempt in a part-time campaign with future IndyCar race-winner Ryan Briscoe and Portuguese racing star Cesar Campanico.

It was a title winner again on its championship return in 2005, with Kamui Kobayashi taking the team’s only driver crown. The next time it was a title threat was in its final season, where Dennis Olsen finished second in the standings.

Formula Regional European Championship, which uses the same Tatuus T-318 chassis as Eurocup does, has been dominated by Prema since its inception this year.