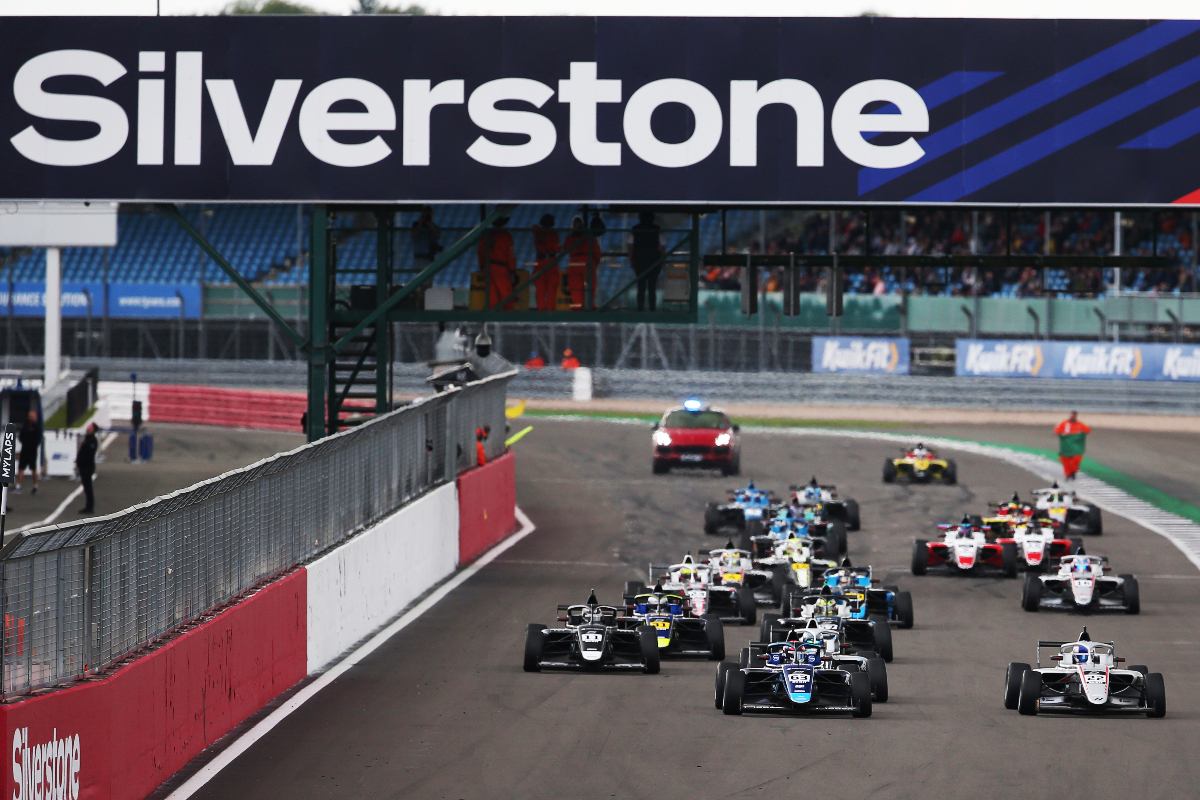 The British Formula 4 championship will race on Silverstone’s Grand Prix track layout for the first time next year.

The 2023 calendar will retain the usual format of 30 races over 10 rounds, with three races per weekend. The first and third have grids set by the order of qualifying, while race two of each weekend is a reversed-grid race.

Since the series’ creation in 2015, British F4 has raced on the British Touring Car Championship support bill. However as BTCC only uses Silverstone’s National layout, the series will support the British Endurance Championship as a one-off on June 23-25 for a chance to race on the full 3.6-mile configuration of the track.

As it follows the BTCC schedule everywhere else, the series will begin at Donington Park on April 22/23, with races taking place on the shorter National layout.

Round two runs on the Brands Hatch Indy circuit on May 6/7, then later in the month there’s races at Snetterton on May 20/21.

June includes rounds at Thruxton (3/4), Oulton Park (17/18) and the Silverstone GP event, then there is a break of over a month before visiting Croft on July 29/30.

The annual visit to Knockhill in Scotland, the only British F4 round that is not in England, takes place on August 12/13 and two weeks later there is a return trip to Donington Park but this time using the full Grand Prix layout of the circuit. Donington becomes a repeat fixture on the calendar at the expense of Thruxton, which previously held two rounds per year.

As is tradition, the series finale is held at Brands Hatch on October 7-8, and runs on that circuit’s Grand Prix loop.

“With additional trips to Donington and Brands Hatch’s Grand Prix circuits, as well as the other premier circuits in the UK, the calendar will serve as an excellent learning platform for young drivers.”