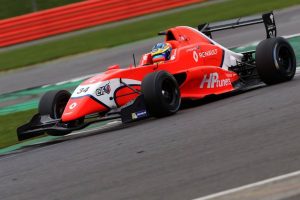 Oscar Piastri will step up to the Formula Renault Eurocup in 2018, remaining with the Arden Motorsport team that ran him to second in the British Formula 4 standings this year.

16-year-old Piastri won six times in British F4 this year, losing out on the championship to Carlin’s Jamie Caroline, and finished fourth in F4 UAE with Dragon Racing.

Piastri is a product of Arden’s Young Driver Racing Academy, and alongside his successful British F4 campaign, made a cameo in the FR2.0 Northern European Cup with the British team.

The Australian finished in the top ten twice, and has been testing in the Tatuus FR2.0 chassis since.

“We?ve had a strong winter test program and driving some of the most iconic tracks in the world is amazing. Having some familiar faces in the garage has allowed me to focus on learning as much as I can before the race season starts.?

“We are delighted that Oscar will continue to be part of the Arden Team in 2018 and happy to be supporting him in his motorsport career,” said Arden founder Garry Horner.

Arden only made their debut in Formula Renault this season, with Macau Grand Prix and Mclaren Autosport BRDC Award winner Dan Ticktum finishing seventh in the Eurocup standings with one win to his name.