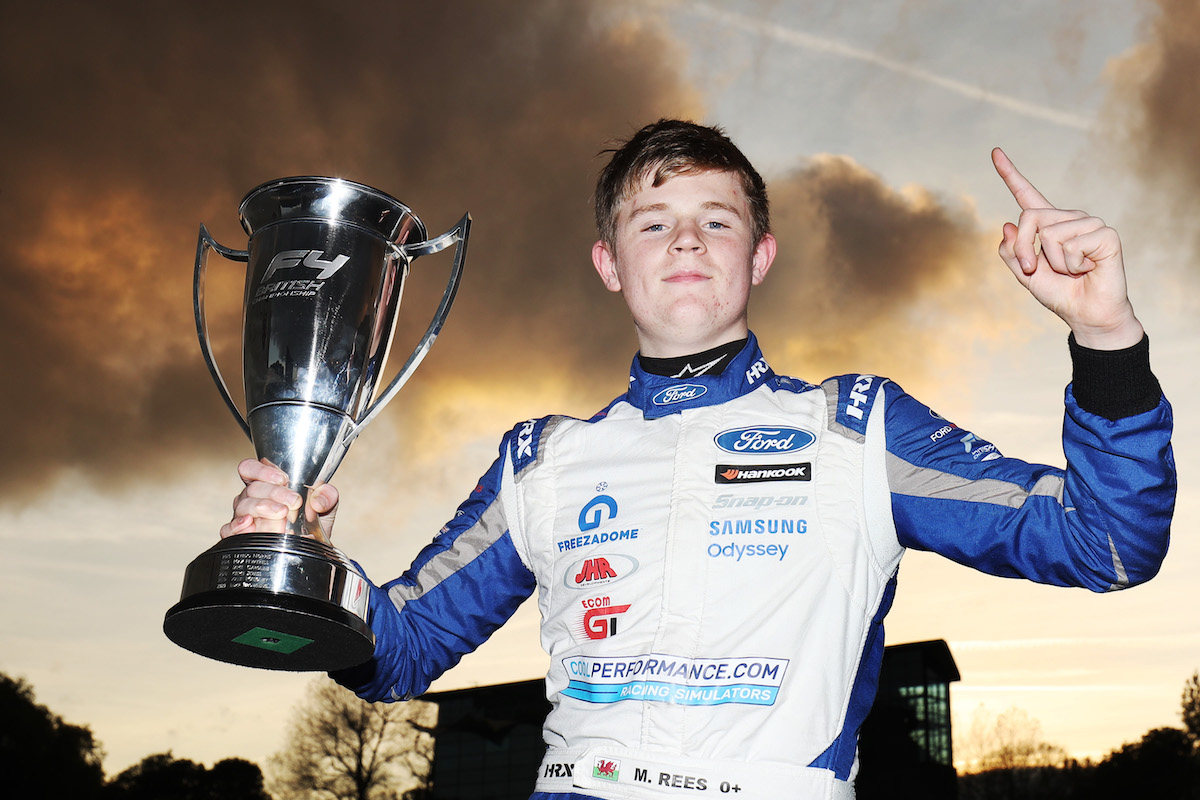 Matthew Rees will move up to GB3 for his second year in car racing, and stay with the JHR Developments team that ran him to the 2021 British Formula 4 title.

The 16-year-old claimed four wins, seven poles (including the first five in a row) and three fastest laps as a single-seater rookie in F4 last year, and was crowned champion by 22 points. JHR opened its title account by taking the teams’ crown too.

Rees is part of the School of Send coaching stable run by former Formula Renault racer Callan O’Keeffe, who raced in GB3 back in 2017 when the series was known as BRDC British Formula 3.

“We built a strong relationship in 2021 which means we know each other, and we know our weaknesses and our strengths. They are probably the one of the best teams to work with because we always move forward as one. They understand me and my requirements when giving me a car to go and race and, whilst I have been flattered by all the attention from other teams, I believe that JHR has the capability and desire to repeat our success from last year.

“I’m looking forward to being back with JHR, rather going to a different team where you’d have to get settled in, learn how the team operates, and those sorts of things. When you’re already there and you know the people, you can focus more on driving the car rather than trying to learn how to change your ways.

“With the team and the combination of Callan O’Keefe and Mike Epps as my driver coaches and Sam Kibble as my fitness coach, we will be setting our goals, pushing to achieve them, and even going beyond. If everything goes to plan, hopefully we’ll have similar success stories to those we had last year.”

GB3 will introduce a new, halo-shod chassis this year, and the Tatuus MSV-022 will also have a power boost, increased downforce and a side-mounted air intake.

“We are delighted that Matthew will be continuing his development with the team as he steps up to the GB3 championship,” JHR team principal Steve Hunter said.

“His performances last season, despite being his first in single-seater racing, were outstanding and he continued to improve throughout, deservedly winning both the driver’s and rookie titles.

“After a great British F4 campaign last year we are pushing to emulate the success in GB3 and, with some hard work on all sides, I can’t see why this can’t be achieved. The team will begin its pre-season build up with an intensive test schedule in Spain in February and we are all looking forward to developing the new, upgraded GB3 car, ready for the season ahead.”