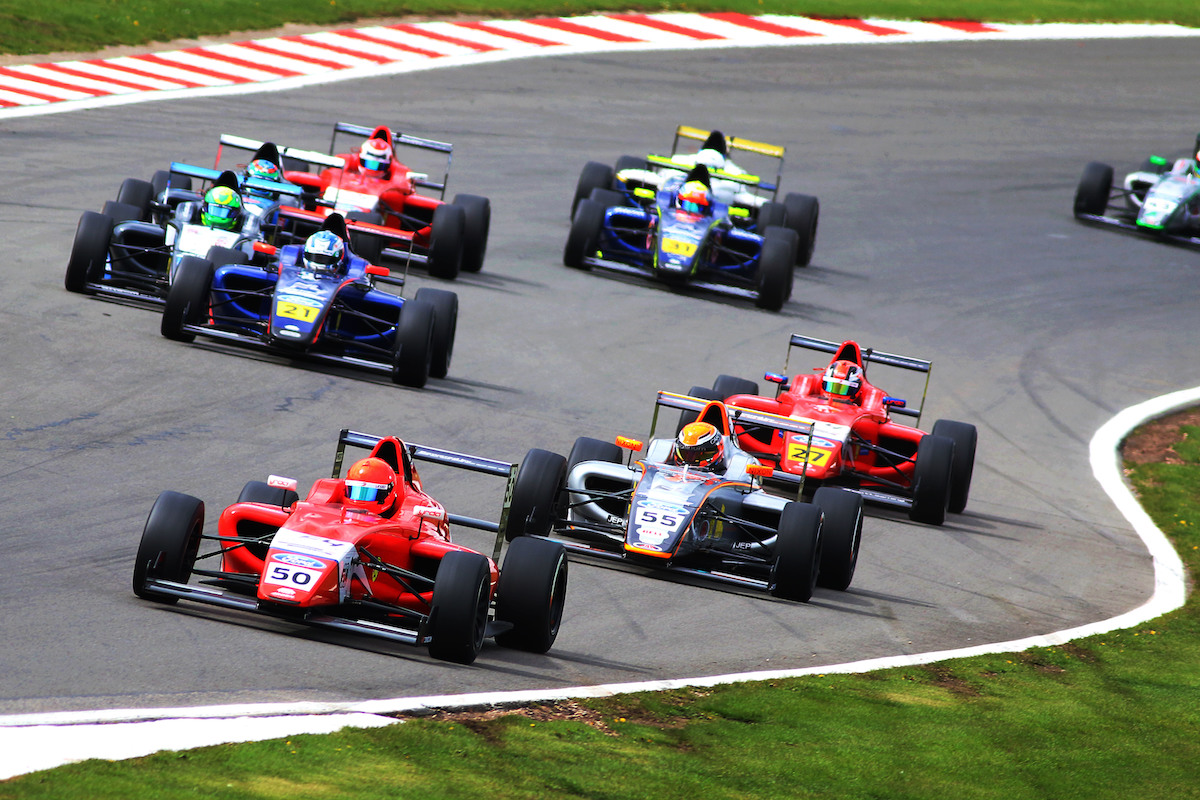 A provisional 2021 British Formula 4 calendar has been announced two weeks before the 2020 season gets underway.

This year’s championship was due to begin in April, but was pushed back to August on advice from the British government and Motorsport UK around coronavirus.

The 2021 season is scheduled to start in the traditional April slot, with the opening round of the season taking place on the Brands Hatch Indy circuit on the 3rd–4th of that month.

The championship will once again support the British Touring Car Championship at all 10 events, with each round hosting three races.

“I’m delighted to see the TOCA calendar announced so early, which is sure to help teams and drivers to plan for 2021 with confidence,” said championship promoter Sam Roach.

“It’s certainly unusual to be unveiling the calendar for a second before the previous one has even begun, but we’re very grateful to TOCA, ITV, and the circuits for their hard work putting the schedule together and to provide us with a clear plan in the months ahead.

“I’m pleased that British F4 will continue to offer the best value-for-money package at this level of the sport, with plenty of track time – three races, qualifying, and pre-event testing – for our next generation of rising stars as they look to begin their motorsport journey.

“Now we’ve got the dates for 2021 provisionally confirmed, I personally can’t wait to settle down for what promises to be another thrilling season in British F4 this year.”

As has been the case since Rockingham was closed, the championship will take place across eight tracks. The Brands Hatch circuit will host the season opener and finale, with the longer Grand Prix layout used at the end of the year.

Thruxton also features twice, once in early May and again at the end of August, despite there being only one layout available.

This year was supposed to feature two visits to Silverstone, one on the National circuit and another on the International layout. However, due to the COVID-19 pandemic, the round on the international layout was cancelled. It will not feature on the 2020 calendar.

How Shwartzman and Schumacher returned Prema to F2 greatness