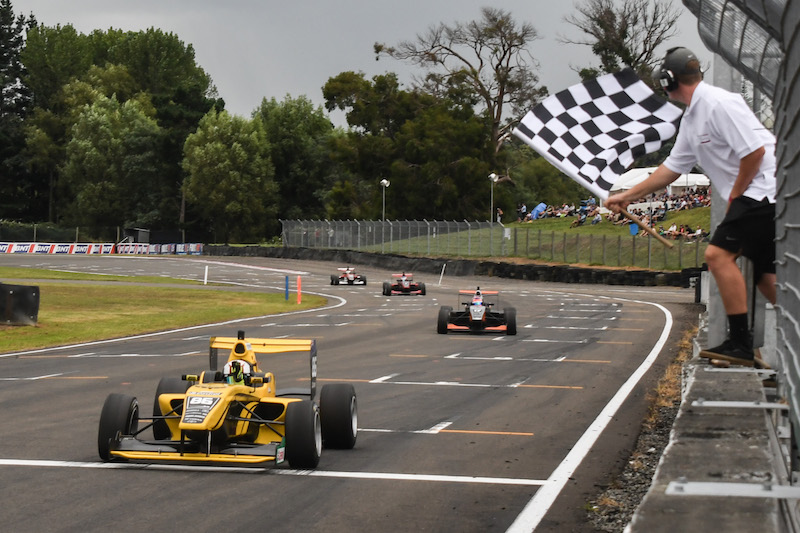 Toyota Racing Series veteran Brendon Leitch will return to the championship in 2019 in an attempted title bid.

The 23-year-old New Zealander first raced in the championship in 2014, and has won five races in five seasons, with a best finish of third in the standings in 2016.

He has raced with Victory Motor Racing throughout his TRS career and will remain with the team for the upcoming season, which begins at the returning Highlands Motorsport Park: a circuit where Leitch has been working as a driver coach.

“It’s shaping up to be a fantastic championship this coming season with some great drivers from junior formulae around the world,? said Leitch. ?And they’re some of the best too, who all have aspirations like myself to be racing in some of the top classes of motorsport in the world.

“I know the car and I know the team, and I also know the circuits probably better than most, so there is every opportunity to go well this season.”

Further additions to the grid include Jackson Walls and Kazuto Kotaka, who will both be driving for MTEC Motorsport.

Walls is the protege of the Australian Patrizi racing family, and finished sixth in Australian Formula 4 this year in his debut season in single-seaters.

He will not be able to race until round two of TRS at Teretonga, as he only turns 16 the day beforehand, and will therefore be limited to Thursday’s testing at Highlands.

Kotaka is a Toyota protege in Japan, and its best driver in Japanese F4 this season after finishing third overall with TOM’S. He tested in Japanese F3 with the same team at Suzuka this week.

“This will be my first experience of racing in a single-seater championship outside of Japan , so I am looking forward to that part of the Castrol Toyota Racing Series immensely,” Kotaka explained.

“There’s going to be some serious competition but I will be racing as one of the more experienced drivers taking part and hopefully that experience and knowledge will help me in New Zealand.”