The upheaval of Renault’s F1 involvement left this development driver scrambling for funds, but he’s now proving his talent in FR3.5 thanks to the Gravity-Lotus partnership…

Marco was a member of Renault’s Driver Development programme in 2009, when he was racing in Formula Renault 2.0. The change of ownership of the F1 team saw Marco lose that support, and he spent the next two years trying to race in German F3 but struggling to find the funds to compete. He impressed enough though to secure a Formula Renault 3.5 seat for 2012 with the team backed by Gravity and Lotus – the successors to the Renault team. He’s been quick throughout the start of the season, and won at Spa last weekend.

In karting, Marco finished third in the Danish Championship in the ICA Junior class in 2003, improving to runner-up a year later. 2006 saw him make his car racing debut in Danish Formula Ford, before contesting a full campaign in 2007. He finished third in the Danish championship and was also classifed ninth in the North European Zone standings. Marco switched to the British championship in 2008, finishing eighth overall with one win.

In 2008 Marco also contested the second half of the first season of ADAC Formel Masters. He took two pole positions on his debut at the Lausitzring, finishing the first race in second place before winning the second. He then won a race at each of the remaining three rounds to finish fourth in the final standings. 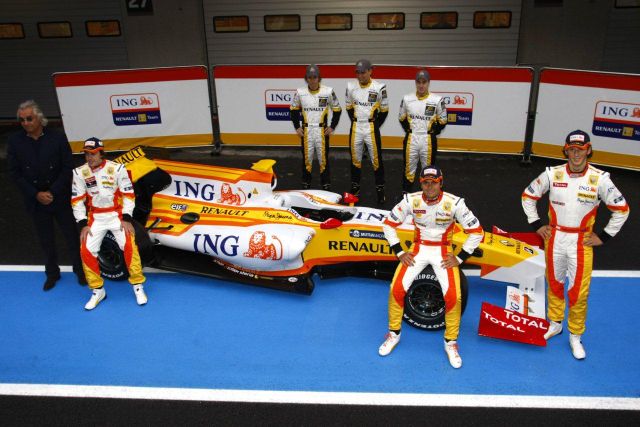 Marco (back, centre) at the launch of the 2009 Renault F1 car (Photo: marcoracing.dk)

In 2009 Marco was signed up to the Renault Driver Development programme, alongside Charles Pic and Davide Valsecchi. He raced in Formula Renault 2.0, in the Eurocup and North European Cup. In the Eurocup he finished 15th overall with a best result of sixth, while he was third overall in the NEC with a victory in the season finale at Spa after four previous podium finishes.

Having lost the support from Renault, Marco moved on to the German F3 Cup for 2010. A lack of sponsorship however forced him out after the opening three rounds. He returned for round nine of ten at the Nurburgring, and promptly claimed pole position before finishing the race in third place.

Marco resigned with the Brandl Racing team for the 2011 German F3 season. A lack of budget caused him to miss the penultimate race weekend of the season, but he had scored podium finishes in 15 of the 16 races he contested. He won two of these, but usually played second fiddle to runaway champion Richie Stanaway. Despite missing a round, Sorensen still finished up as the clear runner-up.

In the week prior to missing that one German F3 round at Assen, Marco made a guest appearance in the F3 Euro Series at Silverstone with Mercedes-backed team Mucke Motorsport, whose regular driver Nigel Melker was busy racing in GP3. After finishing seventh in the first race, Marco won the reverse grid second race. 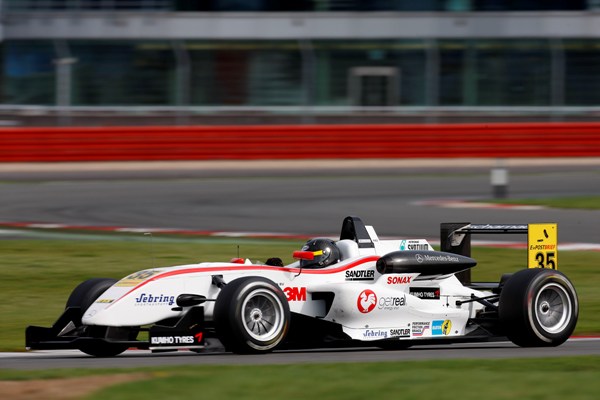 Post-season, Marco tested in Formula Renault 3.5 with the Gravity-Charouz team, setting the pace at Barcelona. He signed with the team, now rebranded Lotus, for the 2012 season, as teammate to former rival Stanaway.

After a seventh-place finish at Aragon and a sixth at Monaco, Marco won the first of the two races at Spa-Francorchamps. He lies fourth in the points standings.

Talent rating: Good enough to impress Renault, particularly with his performances in ADAC Formel Masters in 2008, a lack of funding then disrupted his career. Although he was second-best to Stanaway, his results in German F3 were very strong. But it has been his pace in Formula Renault 3.5 that has been most impressive, and he currently lies amongst the leading contenders in a highly-competitive season. 8/10

Chances of getting to F1: Marco’s lack of sponsorship could harm him, but further support from Gravity could help him to reach the top. He’ll face competition from Stanaway and Korjus on that front, but could certainly do his chances the world of good by getting the better of them this season, as he has done so far. 7/10