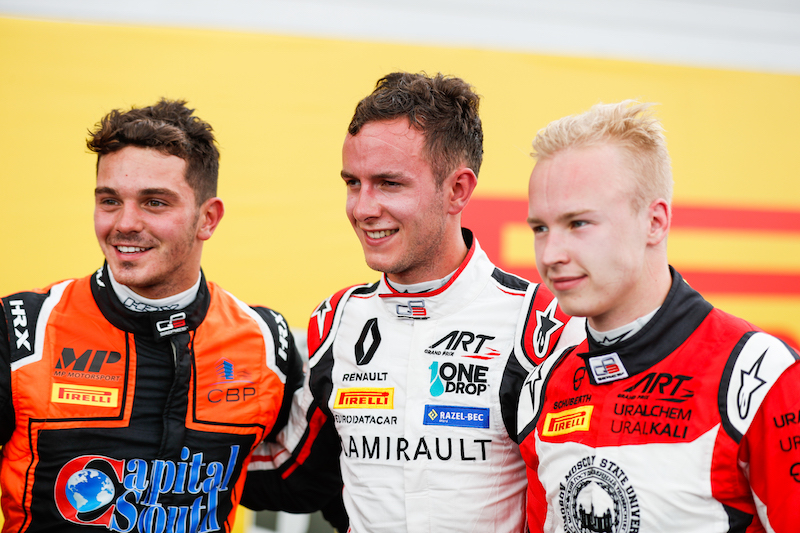 Dorian Boccolacci has been disqualified from the opening GP3 race of the weekend at Paul Ricard, handing a maiden GP3 race victory to ART Grand Prix’s Anthoine Hubert.

Boccolacci edged his fellow countryman Hubert by just?0.673 seconds, but the stewards disqualified him after the race because he was “unable to provide an inadequate fuel sample following post-race technical checks,” according to a statement from the series.

His MP Motorsport team-mate Niko Kari was also disqualified for the same reason, having initially finished in fifth position.

Consequently, Hubert increases his points lead to 16, with his team-mate?Nikita Mazepin moving up to second in the race and second in the championship.

Giuliano Alesi is promoted to third place in the race, his first podium from the first race of a GP3 event.?Leonardo Pulcini moves up to fourth ahead of the Trident duo of?Alessio Lorandi and Pedro Piquet.

It also promotes?Juan Manuel Correa and Jake Hughes into the points paying positions.

A double disqualification for MP, allows ART to extend its teams’ championship advantage to 62 points after just three races.