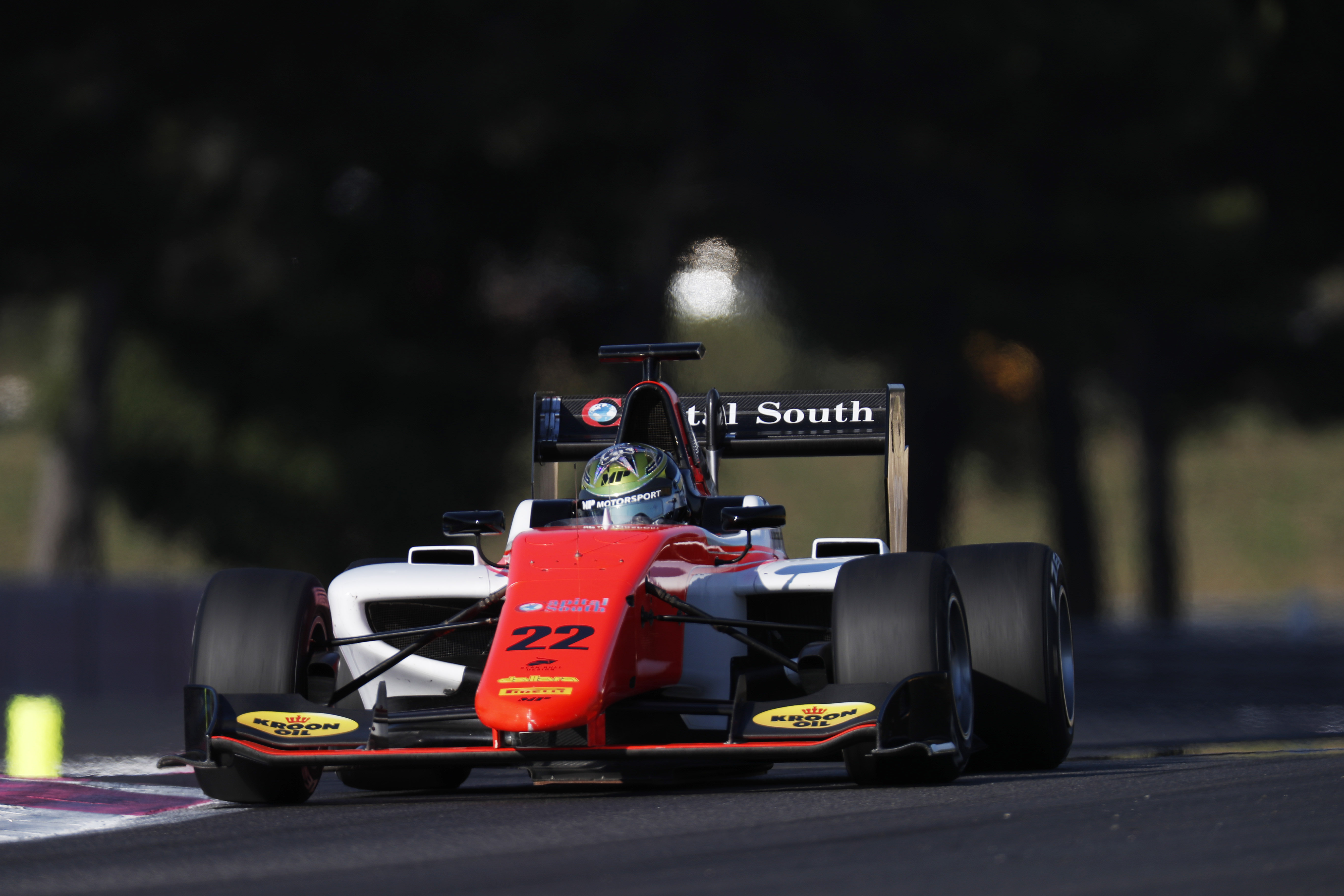 After snatching his first GP3 pole position from ART Grand Prix’s Hubert, Boccolacci retained the lead off of the line.

By lap five of 20, he had extended his lead to two seconds over the Renault-affiliated Hubert in second.

In the closing laps, Hubert did begin to reduce the lead, .setting the fastest lap on lap 17 and eventually cutting Boccolacci’s advantage to 0.673s across the line.

His second GP3 win is the first for MP Motorsport, who only joined the series at the start of the 2018 season.

Hubert remains without a win in GP3 but continues to lead the championship standings after his third second-place finish in a row. Boccolacci has vaulted to second in the championship and is now only seven points behind Hubert.

Barcelona race winner Nikita Mazepin failed to factor in the lead battle, finishing in third. After passing Giuliano Alesi with the use of DRS in the opening stages, he was unable to match the pace of the top two.

After starting sixth, Kari had battled with Leonardo Pulcini in the opening laps, with the two swapping places several times. He managed to pass Pulcini on the outside of the flat-out right-hander of Turn 10 to end the duel and cement fifth place.

Alessio Lorandi finished seventh after gaining a place from ART’s Callum Ilott at the start.

Ilott lost several positions early on, with Trident’s Pedro Piquet and Arden’s Joey Mawson also both edging ahead of the Ferrari academy driver.

Piquet and Mawson battled at mid-distance in the race, with Piquet prevailing and finishing in eighth. Mawson’s pace deteriorated as the race progressed, leaving him to fend of several drivers on the final two laps.

Ilott was first in the queue behind Mawson, and twice attempted to pass the Arden around the outside of Turn 10, but was unable to complete the move after losing momentum over the exit kerb.

Juan Manuel Correa ended up 11th but is under investigation for pitching his team-mate Tatiana Calderon into a spin at the Mistral Chicane on the penultimate lap.

Correa also bumped Jake Hughes into 12th place, making wheel-to-wheel contact with the ART driver and forcing him onto the run-off area at the final corner on the final lap.