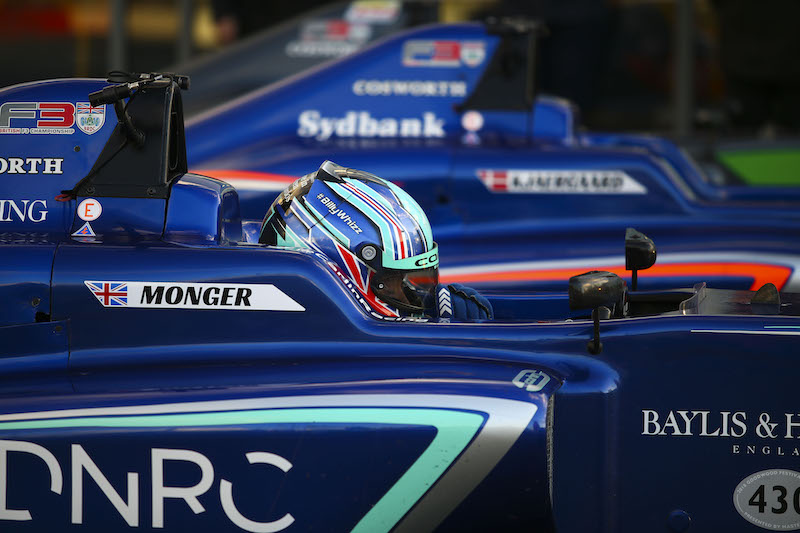 Billy Monger is aiming to step up to the new FIA Formula 3 Championship next season for the second year of his return to racing.

Monger finished sixth in the BRDC British F3 Championship in 2018, claiming four podiums and a pole position, as he made his comeback from the Formula 4 crash in 2017 that caused him to lose both his lower legs.

The 19-year-old is in attendance at this weekend’s Abu Dhabi Grand Prix, and expressed his interest in racing on the Formula 1 bill next year in the new F3 series that takes the place of GP3.

Observing the Formula 2 feature race with the Carlin team he raced for this year, Monger was asked about his future plans as part of the F2 television coverage.

“I’ve been looking to try and do the new Formula 3 category,” he said.

“It would be cool to be on the F1 package. Obviously I’m looking for commercial sponsors like all the other drivers are. It’s kind of the boring part of the season for me but hopefully I can race on tracks like this one day.”

According to Sky Sports, Monger will undertake an extraction test with the halo while in Abu Dhabi to confirm the viability of competing in?the new F3 2019 car.

Despite the considerable mainstream media coverage of his story, Monger has so far found it difficult to attract new sponsors to fund his racing.

The Carlin team funded “the vast majority” of his 2018 programme, and has said the Road to Indy is a viable alternative should he be unable to continue on the ladder towards F1.