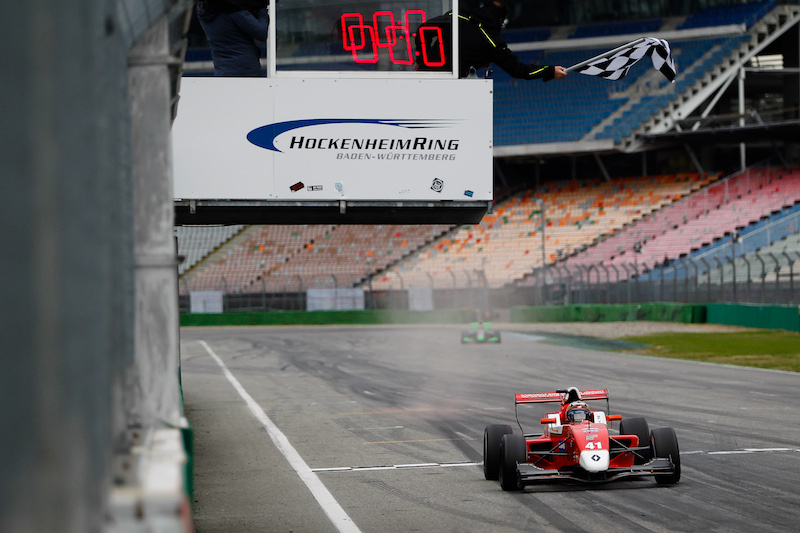 There were two big surprises in the Formula Renault 2.0 Northern European Cup finale at Hockenheim.

Chinese driver Yifei Ye took a double victory against an opposition populated by more established FR2.0 Eurocup drivers, while Moroccan Michael Benyahia took the NEC title having only stood on the overall podium once all season.

Benyahia, who is the development driver for the Venturi Formula E team, finished ninth in both races and won the title by two points by virtue of former championship leader Gilles Magnus only finishing fifteenth and tenth.

MP Motorsport duo Richard Verschoor and Jarno Opmeer were third and fifth fastest in the first session, with their positions reversed in the second.

Gabriel Aubry was fourth fastest in both, and highest placed of the six drivers in contention for the title.

Championship leader Magnus avoided drama in the first session to qualify 12th, just behind Benyahia, but struggled in the second and was 14th to his rival?s eighth.

In the first race things got worse, and Magnus saw his five point championship lead turn into a one point deficit.

Ye made a strong start from pole, with Verschoor doing enough to go clean around the outside of Fenestraz at turn one for second.

Opmeer challenged Fenestraz for position at the next corner, but after his attack was rebuffed he started to drop down the order.

Fenestraz reclaimed second at the Turn 6 hairpin a few laps later, and Verschoor soon came under pressure from Aubry.

The pair made contact, and Verschoor defended the position for so long that eventually FR2.0 NEC debutants Logan Sargeant and Alexsandr Vartanyan were on their tails and both were able to put a move on Aubry.

Opmeer finished behind them in seventh, with British F4 driver Oscar Piastri an impressive eighth on his FR2.0 debut.

Benyahia finished ninth, with Magnus 15th and last. The Belgian had been ahead but was handed a drive-through penalty after exceeding track limits continuously.

Having won the first race by over six seconds, Ye had it a little tougher in the second and saw his margin of victory over Fenestraz halved.

The JKR team-mates were nose-to-tail for the first couple of laps, and once Ye had built a small margin up front the pair traded fastest laps as they pulled away from those behind.

Fenestraz couldn?t match Ye for the duration though, and in the last few laps Ye put his lead out to an unassailable margin.

Vartanyan took his first ever podium in FR2.0 from ninth on the grid, ahead of Opmeer and Verschoor.

The Russian made early progress to sixth, and then bided his time before making moves on Aubry, Verschoor and then Opmeer.

Aubry failed to finish after a nose change dropped him a lap behind, meaning Bartlomiej Mirecki finished sixth.

James Pull finished a season-best seventh, ahead of Piastri, Benyahia and Magnus.

From 14th on the grid Magnus had a lot to do, and by half distance he was already applying pressure to his R-ace GP team-mate for ninth place. He couldn?t find a way through, and Benyahia took the 2017 title, the first driver to ever do it without winning a race.

?I don?t think it?s really hit me yet, but it feels great so far,” said the new champion.

“By far this was the hardest race with Gilles [Magnus] always behind me. The whole race was about keeping track of Gilles and Bartek, because if he [Mirecki] had gone a little bit too far that would have been a problem for us. I?ve learnt a lot this season, like how to play a championship, I think this season has made me a better person and I?ve just really enjoyed it.?

Third in the standings went to Mirecki, with Theo Coicaud fourth after two finishes outside the top 10. Aubry?s disastrous second race meant he ended the season a distant fifth, with Fenestraz, Charles Milesi and Ye covered by four points in sixth to eighth. 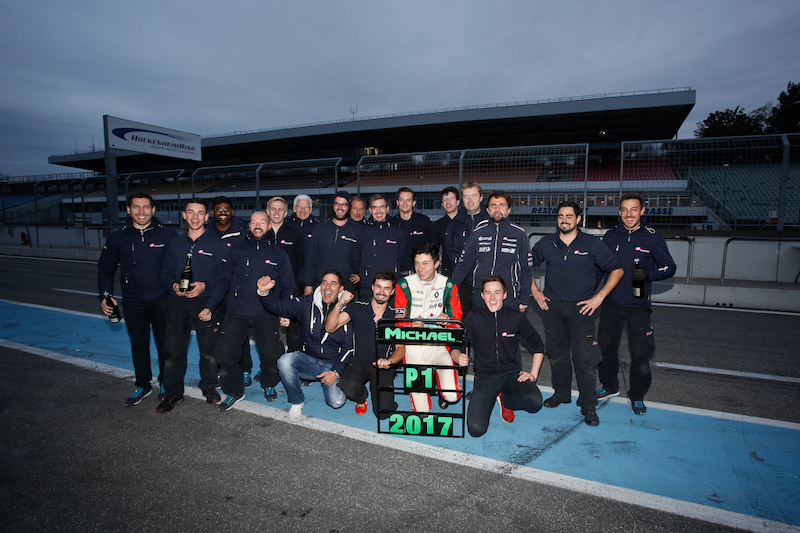