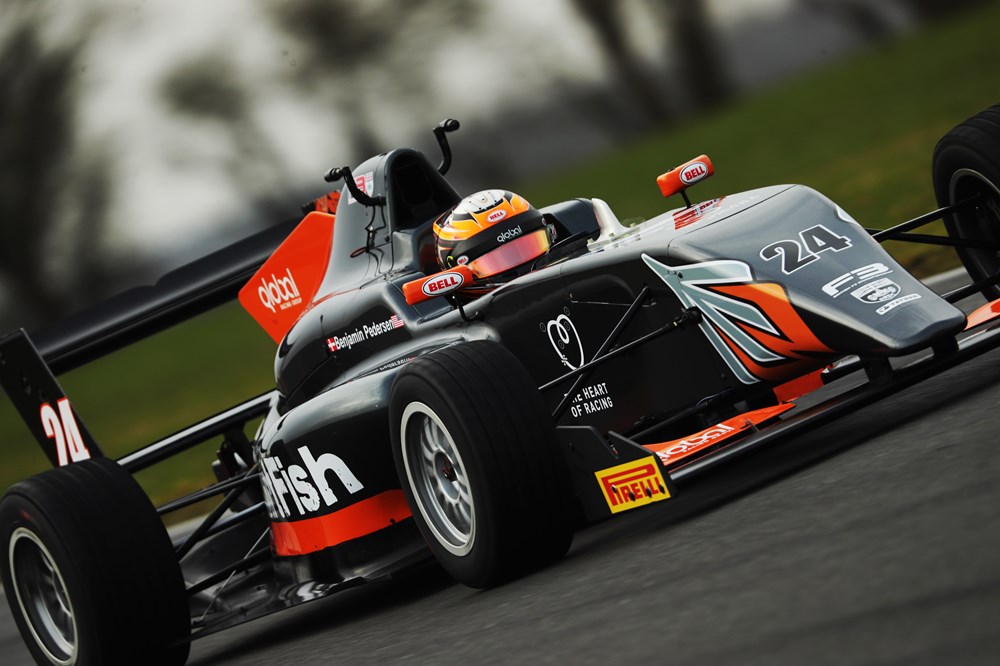 Double R Racing’s Benjamin Pedersen was fastest by over half a second in the opening day of BRDC British Formula 3’s pre-event test at Snetterton.

Wet weather interrupted the first and fourth sessions of the day, and it was Pedersen on top when the track was at its driest.

Josh Skelton had mastered the wet conditions best for Chris Dittmann Racing in the morning, as laptimes improved by over 10 seconds over the duration of the opening one-hour session.

The track was still drying in session two from the day’s early rain, and several drivers got caught out by the greasiness of the asphalt. This was the best it would be all day though, and Pedersen put in his fastest lap just a minute before the end of the session to go 0.539s clear of Douglas Motorsport’s Ulysse De Pauw.

Nazim Azman (Carlin) and Sasakorn Chaimongkol were the only other two drivers within a second of Pedersen.

When the rain returned in the afternoon it was Douglas’s Kiern Jewiss who was quickest, with his 2m03.415s lap putting him 0.224s ahead of Frederick. Maini’s team-mate Reece Ushijima ended his session early with a crash.

The part-time barista making a stir as an IndyCar rookie