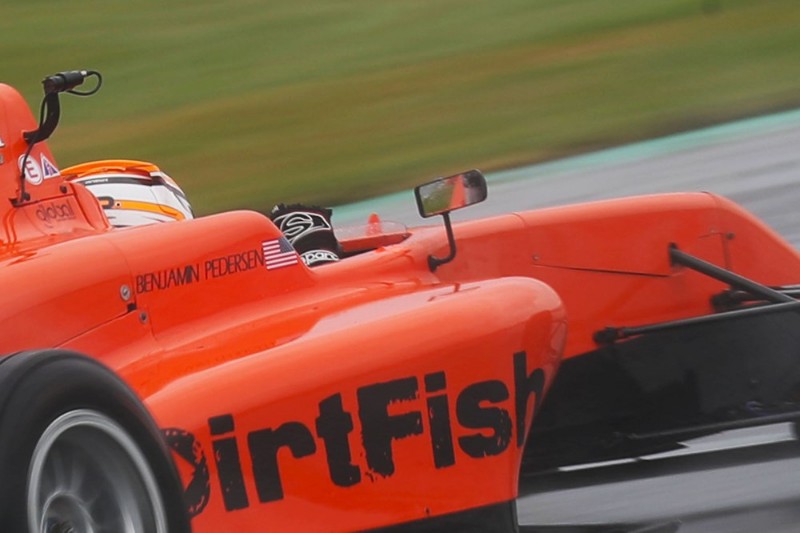 Pedersen was largely untroubled despite Double R Racing’s Pavan Ravishankar – who moved up to second place on lap one of 10 – staying on his tail during the first half of the race.

Johnathan Hoggard initially started outside of the top 10 but had made his way up to fourth place by lap four. The Fortec Motorsports driver showed great pace and set multiple fast laps to try to make his way into the podium spots.

On lap six he was able to grab third from the debuting Nico Varrone and on the final lap was able to get by Ravishankar for second place. He didn’t have enough time to catch up to Pedersen however, crossing the line 1.220 seconds behind the Douglas Motorsport driver.

VdeV Single-Seater Challenge champion Varrone was able to keep hold of fourth place for Hillspeed in what was only his second British F3 race as Ayrton Simmons – who made up the most positions out of anyone during the race – finished less than 0.5s behind in fifth.

Behind him Josh Mason (Lanan Racing) was able to finish seventh and hold off Ulysse de Pauw (Douglas), while championship leader Clement Novalak took the chequered flag in ninth with Carlin team-mate Lucas Petersson not far behind in 10th.

Pedersen’s win means he pushes Douglas team-mate Kiern Jewiss out of the top 10 in the points. The reigning British Formula 4 champion finished a distant 16th in the race.