Beckmann beats Hubert for GP3 pole with Trident at Spa 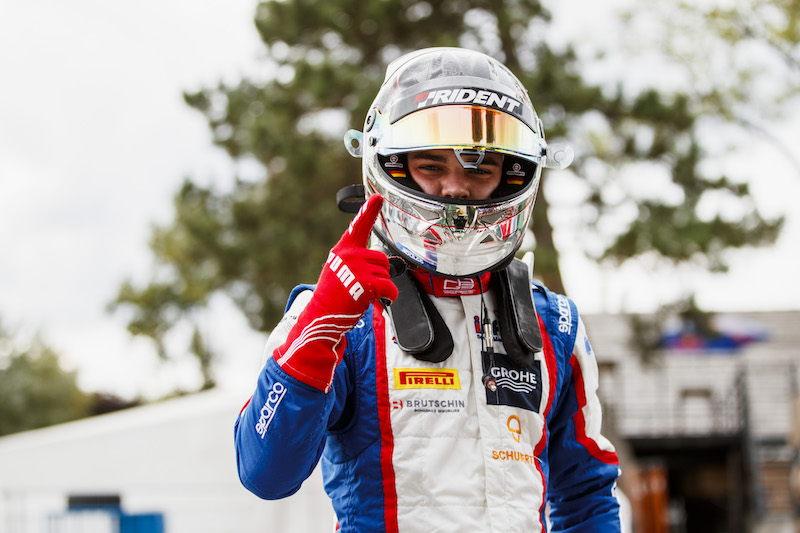 Beckmann joined Trident from Jenzer Motorsport for the previous round in Hungary and achieved his best weekend to-date, and began the Spa weekend by leading a Trident 1-2-3-4 in practice.

ART Grand Prix initially reinstated its dominance on the first runs in qualifying, but Beckmann was able to go a close second-fastest to Callum Ilott.

The 18-year-old German then went fastest on his second attempt, 0.082 seconds ahead of Hubert.

After a mid-session lull, the ART-Trident battle resumed with Ryan Tveter and Pedro Piquet topping the times with four minutes remaining, only for Hubert, Jake Hughes, Nikita Mazepin and Callum Ilott to all move ahead.

The other two Trident drivers were running behind the ARTs on track. Giuliano Alesi briefly took top spot before his time was immediately deleted for cutting Raidillon, before Beckmann moved back to first place by 0.037s over Hubert.

Everybody tried again at the chequered flag, and while the ART quartet were all unable to match their previous efforts, Beckmann could improve his time to a 2m04.335s, securing him pole by 0.144s.

It is Trident’s first pole since Luca Ghiotto at Monza three years ago, and makes it the third team other than ART to get a pole this season, after Leonardo Pulcini for Campos Racing at Barcelona and Dorian Boccolacci for MP Motorsport at Paul Ricard.

Piquet was the other driver to find time on his final attempt to go third at the expense of Hughes, with Hubert’s chief title rivals Mazepin and Ilott pushed down to the third row of the grid.

Pulcini, who sits third in the standings, could only manage 12th place even though his lesser-rated team-mate Simo Laaksonen was seventh.

Tveter and Alesi ended up eighth and ninth with Joey Mawson 10th.

Richard Verschoor was MP’s fastest qualifier on his GP3 debut in 15th, two places ahead of fellow Red Bull reject Niko Kari and four in front of Devlin DeFrancesco.