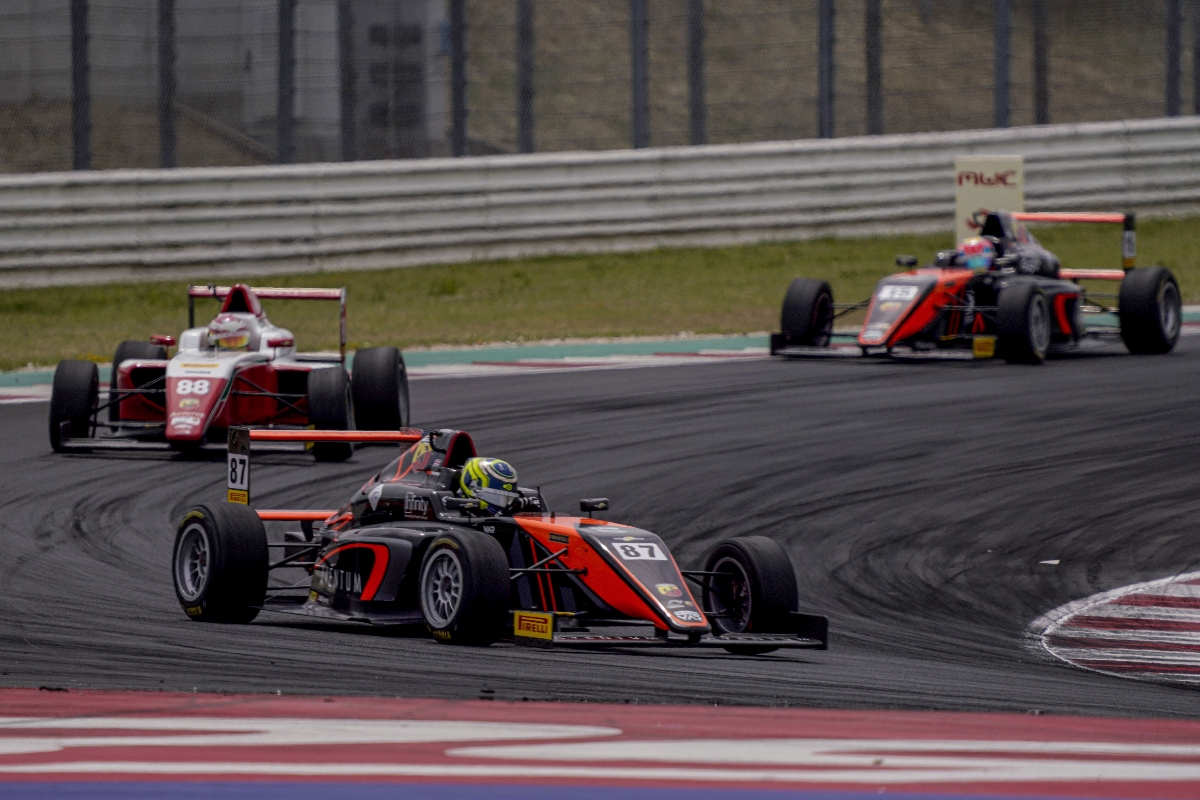 Oliver Bearman held off a late challenge from Sebastian Montoya to win the second Italian Formula 4 race of the weekend at Misano.

The Van Amersfoort Racing driver was kept under pressure from Montoya and Leonardo Fornaroli throughout, but neither could find a way past.

Bearman, Fornaroli, and Montoya broke away from the rest of the pack early on while Sami Meguetounif battled his R-ace GP team-mate Victor Bernier for fourth.

Fornaroli tried to keep Bearman under pressure, but was himself at risk of being overtaken by Montoya. Bearman was therefore able to create a small gap, and was 0.7s ahead by the time Montoya found a way past Fornaroli.

The gap rapidly closed as soon as Montoya took second, and Fornaroli stuck with the Prema driver as he closed onto the back of Bearman. Montoya kept the pressure on in the final laps, slowing the trio and allowing Kiril Smal to join in.

Both Bearman and Montoya ran slightly wide late on, but it wasn’t enough to allow Fornaroli back through and they finished spread by 0.796 seconds. Victory earns Bearman the lead in the standings ahead of the absent Tim Tramnitz.

Smal, who had dropped backwards early in the race, picked up fourth. He had fallen behind the battling R-ace cars in the opening laps, and one time they were running side-by-side he was able to sweep past Meguetounif.

He passed Bernier later in the lap and rapidly closed the gap to the top three, finishing 0.761s behind Fornaroli.

While two of Prema’s drivers battled for the podium, the other two hit trouble. Hamda Al Qubaisi ran through the gravel and into a barrier on the opening lap, then moments later he team-mate Conrad Laursen and VAR’s Cenyu Han came together and their races ended.

Nicolas Baptiste was able to avoid the early drama to finish eighth, ahead of Joshua Dufek and Lorenzo Patrese after a last-lap four-car battle.