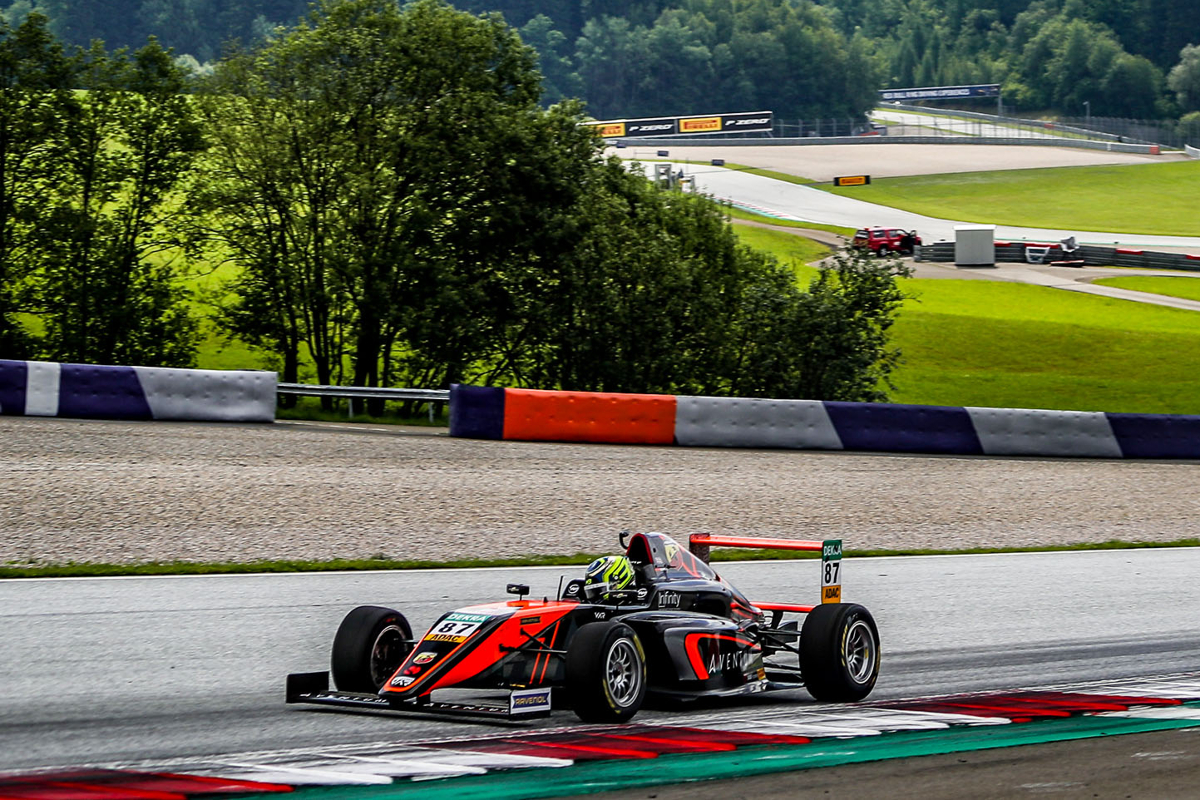 Van Amersfoort Racing’s Ollie Bearman was fastest in both free practice sessions at the Red Bull Ring for the ADAC Formula 4 season opener.

The Briton comfortably topped the morning session by 0.622 seconds over a 91-second lap, with the next four drivers behind him split by less than a tenth of a second and the top 10 all within Bearman’s benchmark pace.

Iron Lynx’s Leonardo Fornaroli was the initial pacesetter, but he got shuffled down the order as the session went on before a late flyer took him back up to second place.

That shifed BWR Motorsports’ Taylor Barnard to third, with the Briton being the first driver of the day to lap sub-1m33s and was also the only one holding a candle to Bearman’s pace after until with 12 minutes to go the VAR driver set a 1m31.178s lap that nobody could get near.

Prema’s Kirill Smal and US Racing’s Luke Browning were marginally slower than Barnard in fourth and fifth.

The early afternoon session was faster for most drivers, but Bearman didn’t improve and his margin at the top got cut down to 0.208s by Browning.

Again it was Fornaroli who set the early pace, and he was on top with 10 minutes to go when an incident involving Jenzer Motorsport’s Samir Ben brought out red flags. Action resumed with enough time for each driver to set three laps, and Bearman improved with each of his to go fastest but 0.036s slower than his morning lap.

Prema’s Sebastian Montoya left it late to jump from 10th to third, 0.007s off Browning in second, while Fornaroli failed to improve after the red flag and ended up in fourth ahead of Browning’s team-mate Tim Tramnitz.

VAR trio Joshua Dufek, Nikita Bedrin and Bence Valint were the next quickest after that, while Barnard and team-mate Valentinto Catalano didn’t better their morning pace and ended up ninth and 17th respectively.

Smal and VAR’s Cenyu Han, who had both impressed in the morning, suffered the same and they were shuffled down to 11th and 13th overall in a top 16 spread by under a second.