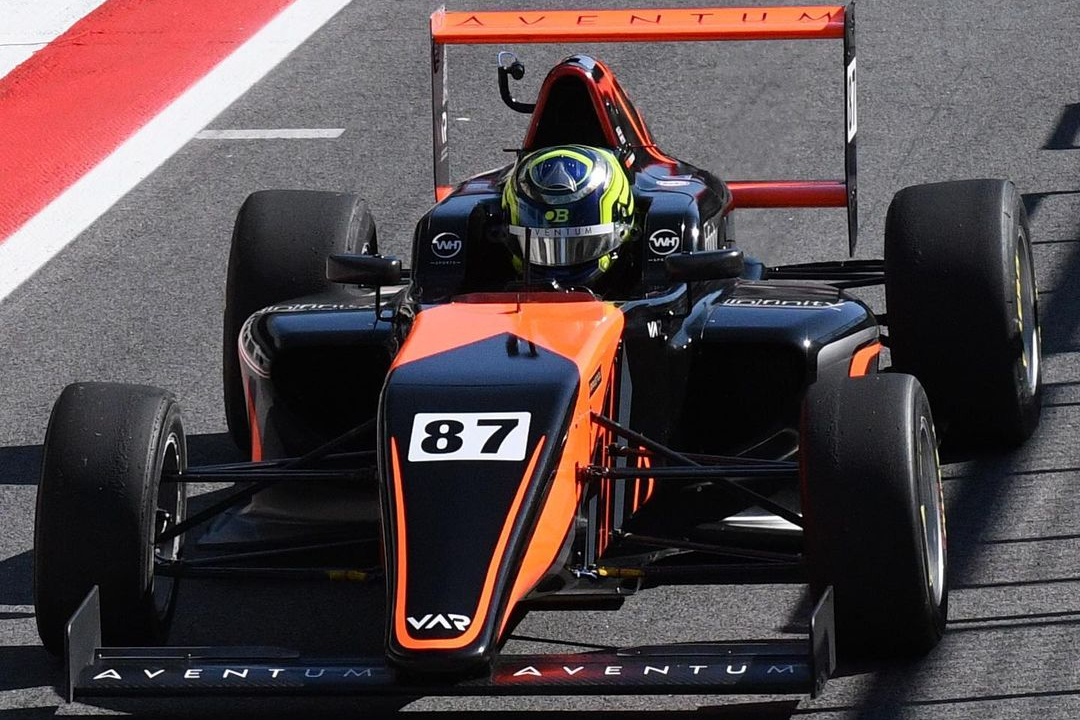 Persistent snowfall limited running throughout the day, and there were multiple red flag stoppages as drivers got caught out on the slippiness of the melted snow.

Among Prema’s line-up of cars was Austrian karter Charlie Wurz, son of Le Mans 24 Hours winner Alex and who is now often appearing with Prema in group F4 tests.

VAR’s Joshua Dufek caused the first red flag of the second morning session, and team-mate Bearman went fastest soon after the track was free to use again. There was another red flag caused by another VAR driver – the identity of two of the team’s drivers were kept secret – and this time it was R-ace’s Sami Meguetounif who lowered the pace once action resumed.

The session ended with a third stoppage, once again caused by a VAR car, leaving Meguetounif on top by 0.071 seconds over Prema’s Sebastian Montoya. Bernier didn’t set a lap during the session, while US Racing entered a third car for reigning British F4 champion Luke Browning.

Weather conditions had barely improved by the afternoon, but laptimes were getting faster and it was Browning that brought the pace down to a 1m40.886s, ahead of Dufek, Bernier and Montoya.

The snow abated for session four, although the track was still catching out drivers as BWR Motorsports’ Valentino Catalano found out with a session-stopping issue, and most of the drivers broke the 1m40s barrier.

BWR’s Taylor Barnard and VAR’s Bence Valint completed the top five, and the only other drivers within a second of Bearman, who also set the pace at the Red Bull Ring last month.

The only driver who didn’t improve in the final session was Meguetounif, which left him 20th and last on the day’s combined timesheet.

Laptimes may not improve in Wednesday’s sessions, as the Dutch coastline is set to be hit by strong winds and heavy rain through the morning, although temperatures look warm enough to potentially avoid more snow.