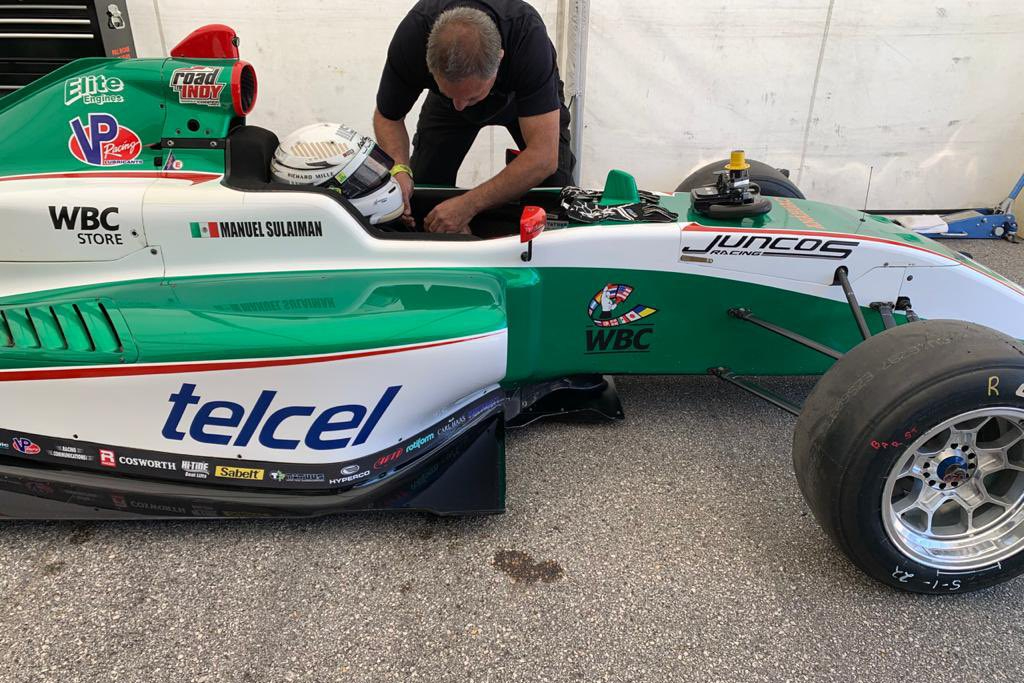 Mexican returnee Sulaiman was fastest in the day’s early morning session and the afternoon one, but laptimes didn’t improve over the day and his first benchmark went unbeaten.

There were two red flags in the lunchtime session, and Sulaiman set no laps, but laptimes were nowhere near what he’d achieved earlier. Sunday pacesetter Wyatt Brichacek was on top, with RP Motorsport’s Enaam Ahmed in second.

As in the morning, it was very close at the top in the afternoon with the top four covered by less than a tenth of a second. Sulaiman set the pace by 0.0627s from Exclusive Autosport’s Braden Eves, with RP/Andretti Autosport’s Enzo Fittipaldi and Turn 3 Motorsport’s Kyffin Simpson also closely matched. Only 13 of the 17 cars entered set a lap, with Brichacek and Jay Howard Driver Development team-mate Christian Rasmussen staying in the pits.

Similarly in USF2000, Monday’s fastest laps were set at the very start of the day, with Exclusive’s Christian Brooks and DEForce Racing’s Prescott Campbell both able to lap in the 1m20s.

Campbell’s team-mate Nolan Siegel was then the next closest, and ended up topping the final session of the day, while Turn 3’s Josh Green was an anamoly when he set the session two pace as he actually improved on his session one performance to go fourth fastest overall.

The top 16 drivers were covered by less than a second, and that included Exclusive’s test-only entry Grant Palmer, who was third behind DEForce’s Siegel and Kiko Porto in the final session.