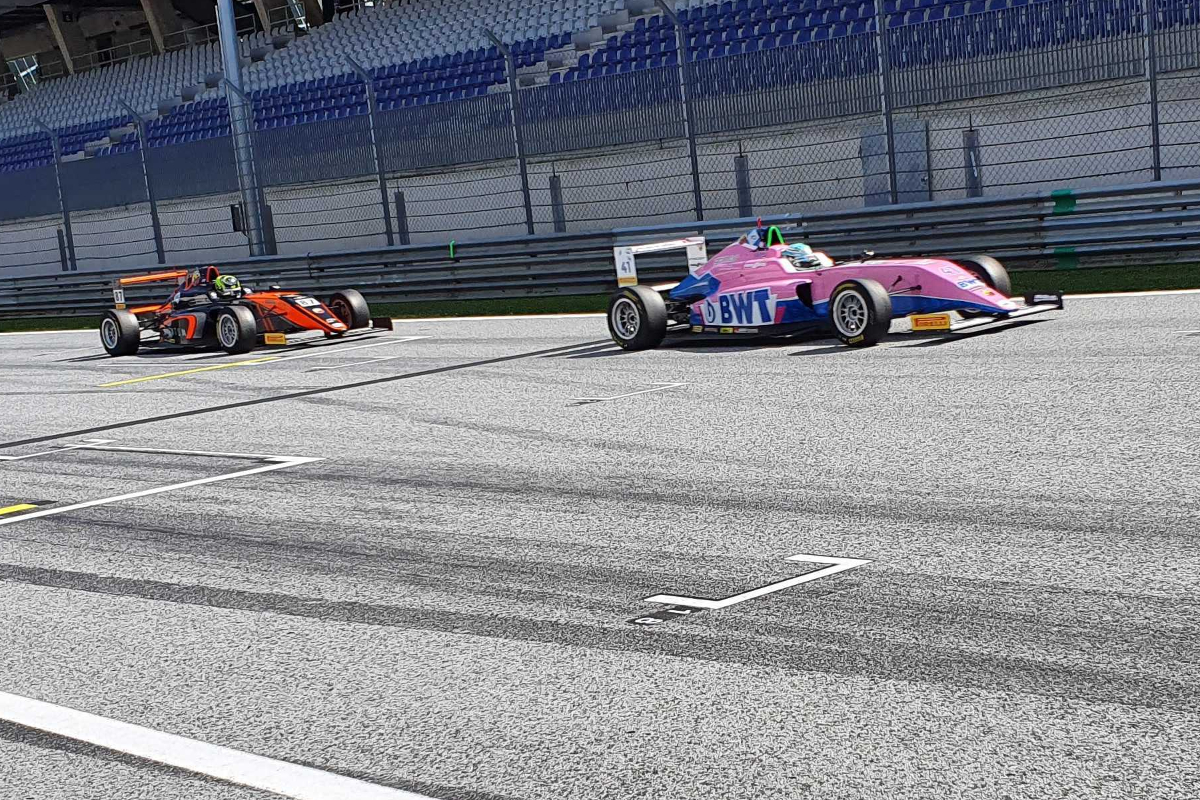 Ollie Bearman came out on top in a four-way battle for first place in the second Italian Formula 4 free practice session at the Red Bull Ring.

For much of the 40-minute session the fastest lap was traded between Van Amersfoort Racing’s points leader Bearman, US Racing’s Tim Tramnitz and Prema’s Sebastian Montoya.

Tramnitz was the first of the three to reach the top, laying down a 1m32.182s marker that was several seconds faster than the previous best lap set by Mucke Motorsport’s Erick Zuniga.

He improved to 1m31.819 as Montoya and Bearman upped their pace, being split by just 0.002 seconds in second and third. When Bearman set a new personal best to take second place, Montoya responded by joining Tramnitz in the 1m31s.

Joshua Dufek joined the battle for top spot before the end of the first runs, slotting into second place with a 1m31.913s before pitting.

Bearman delayed his stop and snatched back second place again, with AS Motorsport’s Kacper Sztuka also benefitting from clean air to rise to ninth place.

Most of the grid headed back out with a quarter of an hour to go of the session, and after getting his second set of tyres up to temperature Tramnitz punched in a 1m31.219s to put himself evern further ahead, with VAR’s Nikita Bedrin improving to move into second place.

Montoya then went went fastest with just seven minutes remaining, setting a 1m31.201s, but Bearman bided his time and got back ahead with a 1m31.201s.

After that he set the first sub-1m31s lap, and Bedrin claimed second from Montoya, who also improved, at the same time. Montoya’s final effort put him back into second, 0.096s short of Bearman, with Bedrin, Tramnitz and Dufek ending up in third, fourth and fifth.

Conrad Laursen was sixth fastest for Prema, and his debuting team-mate Andrea Kimi Antonelli was ninth.