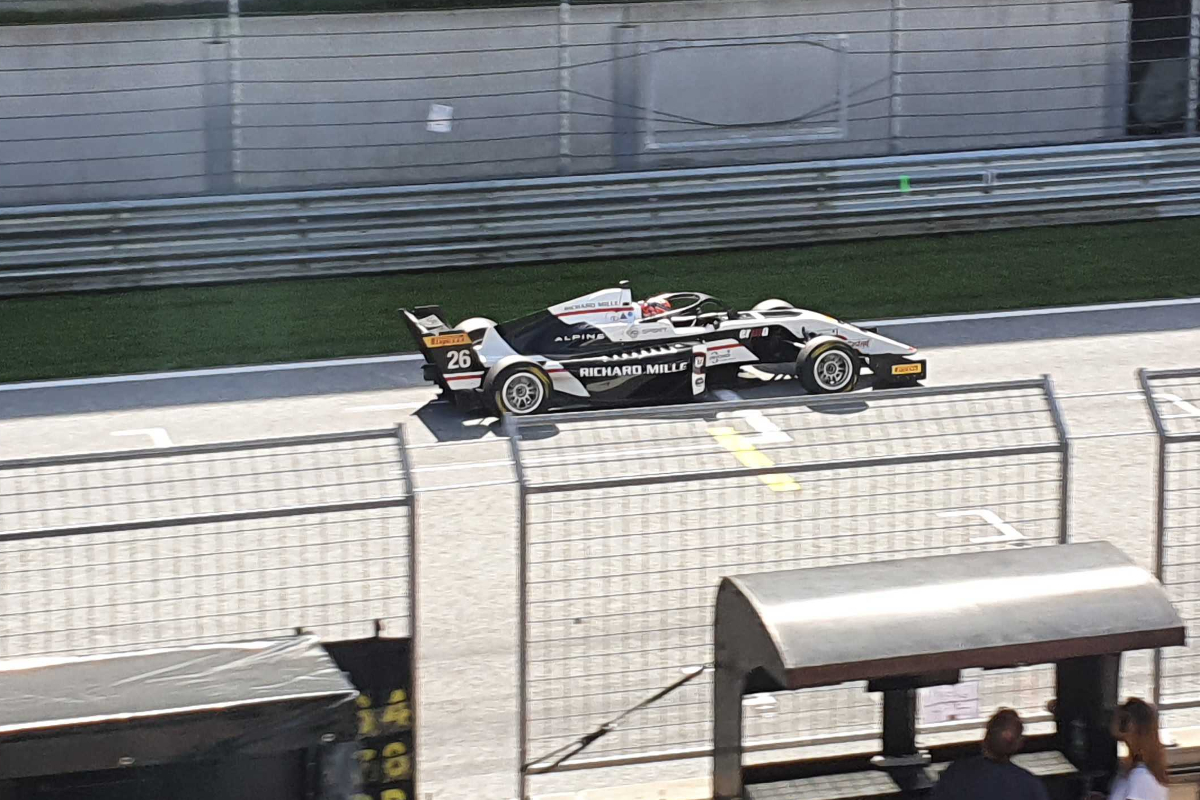 Track limits violations meant laptimes were being deleted almost as soon as they were set, and the order continually changed.

G4 Racing’s Michael Belov laid down the early benchmark of a 1m27.225s, which he improved upon to stay in first place until MP Motorsport’s Franco Colapinto set his personal best. As would become a theme though, Colapinto’s lap was removed and Belov was back in first place until Prema’s Paul Aron broke into the 1m26s.

Colapinto briefly snuck his way into first place again before Aron posted a 1m26.517s, and just before a red flag stoppage that lasted for such a short duration that cars were still on their way back to the pits by the time the track went green again.

Aron wasn’t challenged in the 10 minutes after the restart, although R-ace GP’s Hadrien David set two laps good enough for second place that were only slightly slower. ART Grand Prix’s Saucy was for a brief moment the quickest driver too, but running wide at the penultimate corner cost him that lap.

The action heated up in the second half of the 40-minute session, although there was a brief interlude where all but R-ace’s Isack Hadjar and FA Racing’s Alexandre Bardinon pitted and Hadjar moved to the top with a 1m26.129s.

He didn’t improve thereon, but still ended FP1 in fifth as many who went quicker had their laps deleted. Belov brought himself up to first with eight-and-a-half minutes to go, then Colapinto went ahead a minute later. He lost his lap and Saucy became the fastest, but Colapinto set another personal best.

After the chequered flag fell that was also deleted, putting Saucy in first place ahead of Belov, Arden’s William Alatalo, Aron and Hadjar.