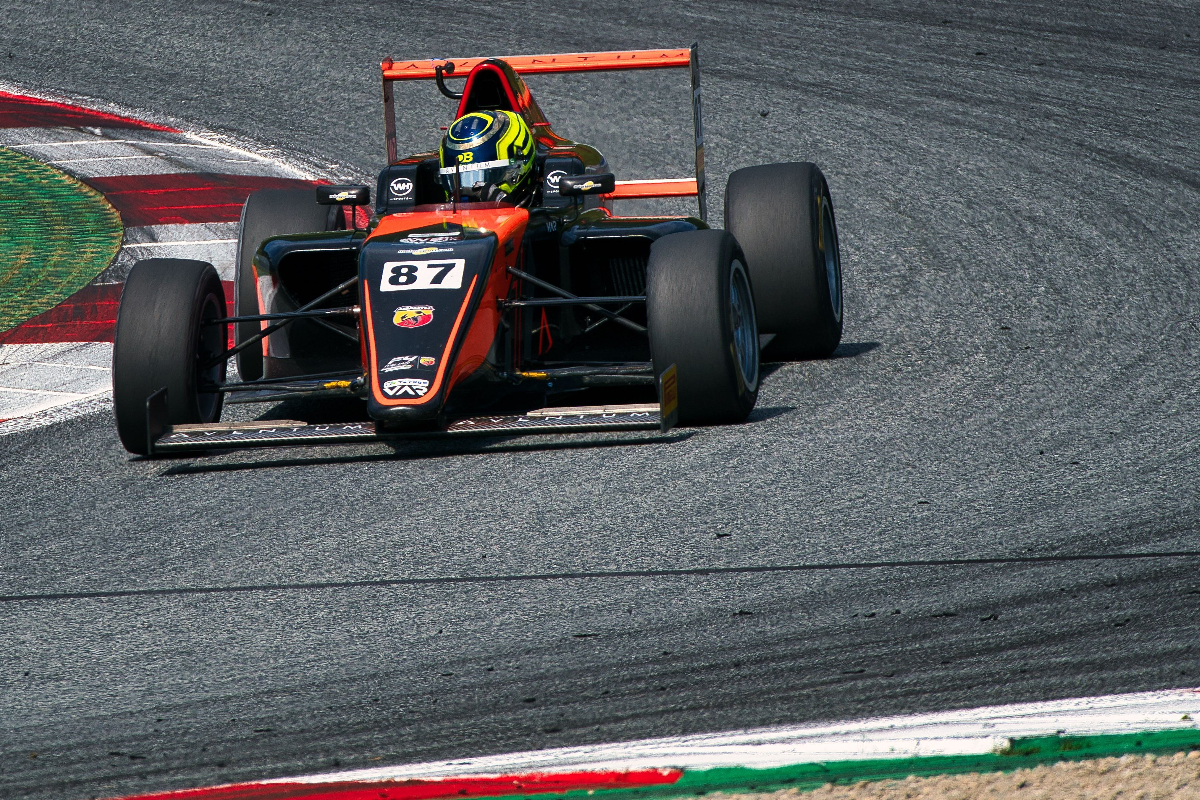 Ollie Bearman continues to dominate the Italian Formula 4 championship as he won the opening race of the weekend at the Red Bull Ring.

The Van Amersfoort Racing driver had eight consecutive wins prior to an engine irregularity taking away his most recent success at Imola, but he bounced back in style in Austria.

Those positions went unchanged through the opening lap, but it all changed on lap two as Montoya lost out to Bearman and Tramnitz at turn three and didn’t have time to respond to the passes as the safety car was summoned following an incident involving new US Racing signing Pedro Perino and BVM Racing’s Leonardo Bizzotto.

Bearman handled the restart well and from then on held just enough of a margin that he didn’t have to worry about defending.

Tramnitz soon did come under pressure from Montoya though, with the pair going side-by-side at times. Late in the race Montoya reduced his attacks though, with a gap appearing between the two as track limits warnings were handed out to Montoya and then an investigation began regarding the Colombian’s driving on the formation lap before the race.

Bedrin lost his front wing just after the safety car and plummeted down the order before pitting, which promoted Prema’s Kirill Smal to fourth. Smal was able to get onto Montoya’s gearbox for a brief period, before he lost pace in the final few laps and came under pressure from Joshua Dufek (VAR) and Leonardo Fornaroli (Iron Lynx) behind.

A huge gap opened up in the race between them and BVM’s Francesco Simonazzi in seventh, who had a train of cars behind him throughout. He managed to hold onto his position, ahead of Mucke Motorsport’s Erick Zuniga and the debuting Mercedes-AMG Formula 1 junior Andrea Kimi Antonelli.

Beyond a small lock-up on lap one, Prema driver Antonelli had a clean run to score points in his first ever car race.