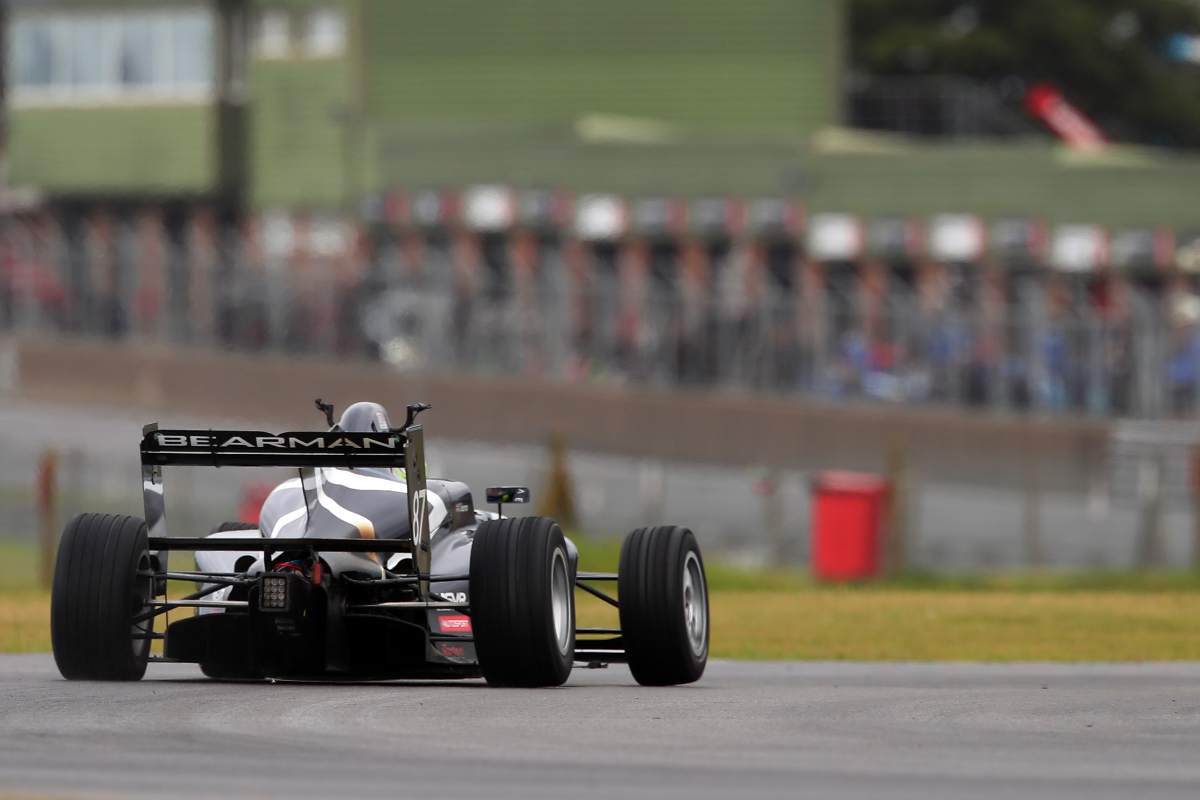 Ollie Bearman and Sebastian Alvarez both took maiden pole positions in the first qualifying session of the GB3 era at Snetterton.

Series returnee Bearman set the fastest time in the opening minutes for Fortec Motorsports before rain arrived in the first weekend track action since the championship rebranded from its previous name of BRDC British Formula 3.

With laptimes around 10 seconds off the pace for the remainder of the 20-minute session, the Briton’s early effort secured pole for Saturday’s opening race ahead of Hitech GP’s Alvarez and Elite Motorsport’s Tom Lebbon.

Alvarez’s second-best lap, set as the rain intensified, was good enough for race two pole ahead of Bearman and Lebbon.

Fortec’s Roberto Faria took a second row spot for race one with the fourth quickest time of the session, while Branden Lee Oxley qualifies fifth on his debut for Chris Dittmann Racing.

Elite’s Javier Sagrera was sixth ahead of championship leader Zak O’Sullivan, who was the highest Carlin runner.

Tommy Smith also shone on his debut, setting the eighth best time for Douglas Motorsport, ahead of Arden’s Roman Bilinski.

Reema Juffali scored her best qualifying result so far with 10th for Douglas.

Hitech’s Bart Horsten will start from the back of the grid in the first two races, having failed to record a lap as well as having a shaking wheel as he attempted to exit the pits on one occassion.