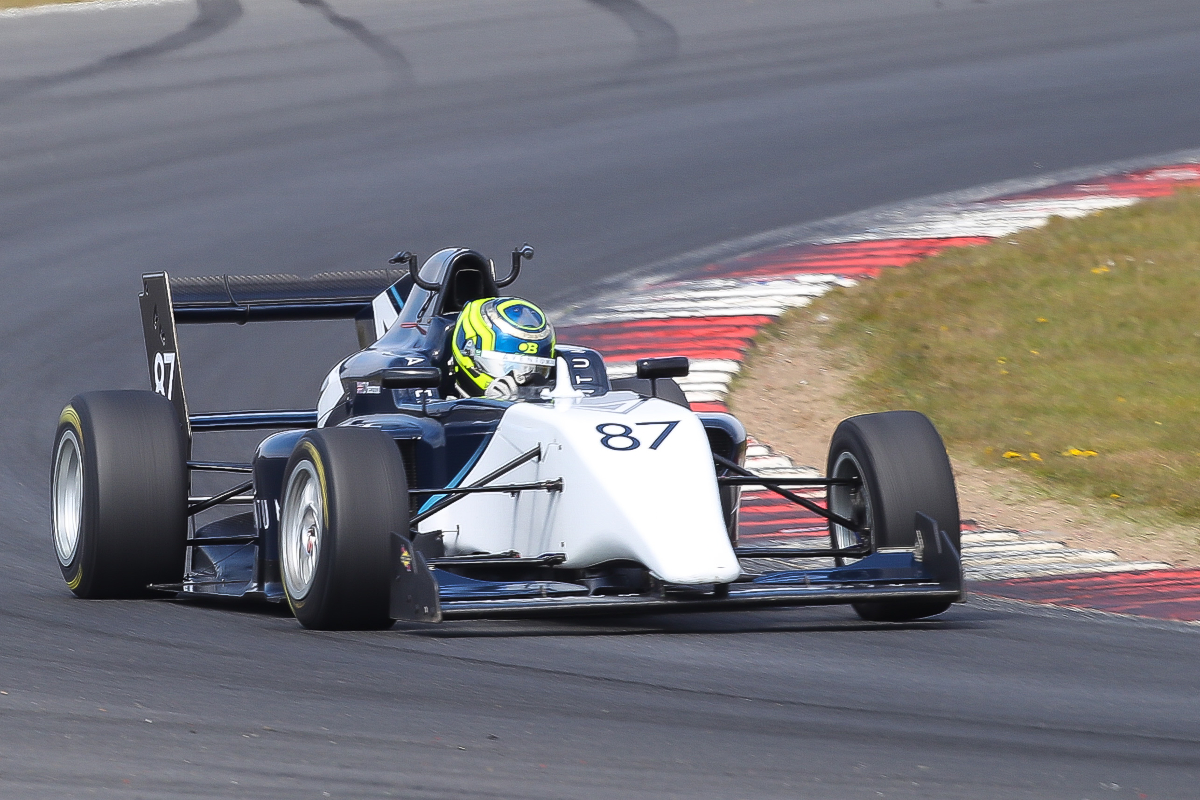 Ahead of his second appearance in the series, rebranded this week from BRDC British Formula 3, Bearman pipped Hitech GP’s Bart Horsten to the fastest time of the day in the closing minutes of the afternoon running.

The second day of testing started in wet conditions but, with conditions improving rapidly, drivers were able to switch to slick tyres halfway through the morning session.

Laptimes tumbled in the final 20 minutes, with Bearman taking command in the closing stages with three quick laps.

A completely dry track resulted in all drivers improving during the afternoon session.

Bearman went fastest just before the halfway stage, with a time fractionally slower than his morning effort.

Horsten and Faria were the first drivers of the day to record sub-1m45s laps, but Bearman reclaimed top spot by 0.3s in the final five minutes.

Horsten improved again late on, but his lap was 0.111s shy of Bearman’s time. Ushijima was just under 0.2s behind Faria in fourth, while points leader Zak O’Sullivan was close behind in fifth for Carlin.

Bilinski was seventh ahead of Simmons and Frederick Lubin, who is making his return for Arden after illness.

Branden Oxley (CDR) and Tommy Smith (Douglas Motorsport) were 13th and 17th respectively ahead of their series debuts.