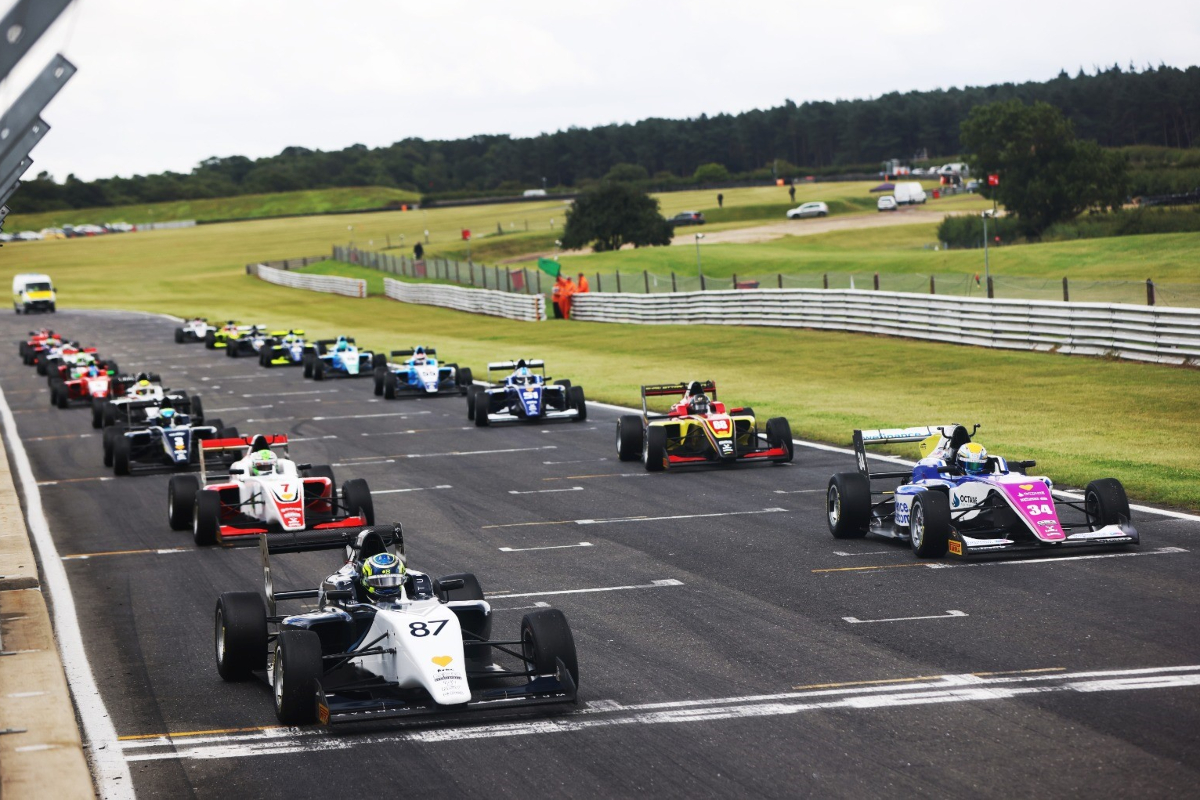 On his return to the series formerly known as BRDC British Formula 3, Bearman dominated from start-to-finish.

Hitech GP’s Sebastian Alvarez served a five place grid drop for an incident at the previous round, which promoted Elite Motorsport’s Tom Lebbon to the front row alongside poleman Bearman.

Faria moved into second off the line behind team-mate Bearman, who built a 2.2-second lead by the end of the opening lap.

Javier Sagrera moved into third, but Elite team-mate Lebbon dropped to the back of the field with a suspected puncture before pitting for a new rear-left tyre.

Zak O’Sullivan made up two places at the start to run fourth for Carlin, ahead of Arden’s Roman Bilinski and Hitech’s Reece Ushijima, who climbed from 13th on the grid.

A sideways moment for O’Sullivan at Riches allowed Bilinksi to nip by into fourth, and the Polish driver took Sagrera for third a few corners later.

As light rain started to fall, Ushijima crashed out of the race at Wilsons hairpin, while points leader O’Sullivan suffered front-left tyre damage and dropped to the back after a visit to the pits.

Despite setting the fastest lap in the closing stages, Faria was unable to catch Bearman, who took victory by 1.141s.

Bilinski came home third, while Alvarez recovered from his grid penalty and a bad start to take fourth.

Chrisian Mansell was seventh for Carlin, ahead of returnee Frederick Lubin (Arden) and Jose Garfias (Elite). Bart Horsten recovered from the back of the grid after not setting a time in qualifying to finish 10th.