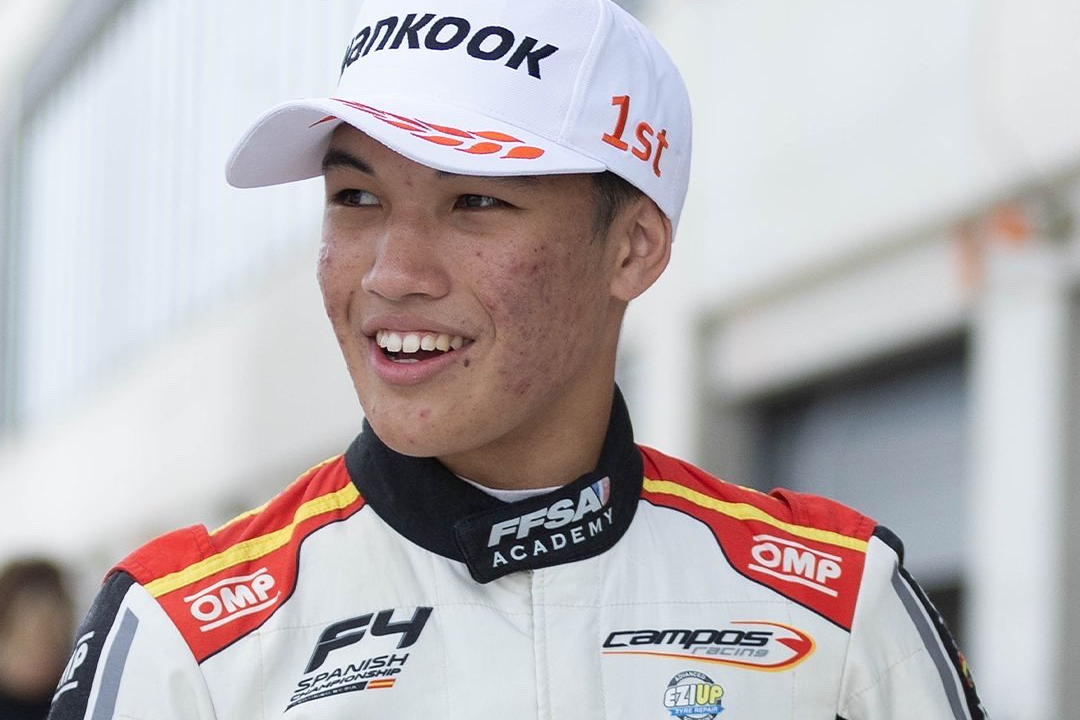 Hugh Barter will start on pole for the first two Spanish Formula 4 races of the weekend at Navarra after topping a super close first qualifying session.

Global Racing Service’s Vladislav Ryabov was the first to set a lap in the 15-minute session, but only spent a few seconds in first place before championship leader Nikola Tsolov set a 1m44.563s to go fastest.

He took the pace down to 1m41.952s with his next lap, putting him ahead of Monlau Motorsport’s Robert de Haan and Campos Racing team-mates Barter and Noah Stromsted.

Barter was next to the top the times, setting a 1m40.860s lap, with the debuting Stromsted demoting to Tsolov to third as he set a 1m41.139s. Stromsted improved to 1m40.982s with five-and-a-half minutes to go, and Tsolov was knocked down to fourth place by MP Motorsport’s Valerio Rinicella.

He rebounded by going just 0.034 seconds slower than Barter with three-and-a-half minutes remaining, although was put under investigation for exceeding track limits at turn 13, and MP’s Kirill Smal snuck into third, just 0.064s off Barter’s pace.

Tsolov got within 0.018s of Barter with 17s to go of the session, and had time for one more lap. Barter did too though, and after the chequered flag he improved by 0.030s. That was enough to qualify ahead of Tsolov, but Smal was lighting up the timing screen too and he crossed the line with a laptime just 0.004s slower than Barter’s.

Just 0.048s back in third was Tsolov, while 2021 Danish F4 star Stromsted also went faster at the very end to secure fourth place on the grid for his first race in the series and was just 0.145s off pole.

The top 10 was completed by MP’s Christian Ho, half a second slower than Barter, and the top 22 drivers in the 30-car field were spread by less than a second on pace.

Barter’s late improvement meant his previous lap earned him pole for race two based on second-best laptimes. Tsolov and Smal will start second and third, with fourth to seventh the same as race one.

Investigated during the session for weaving down the pit straight were Julien, Tasanapol Inthraphuvasak, Theophile Nael and Smal.