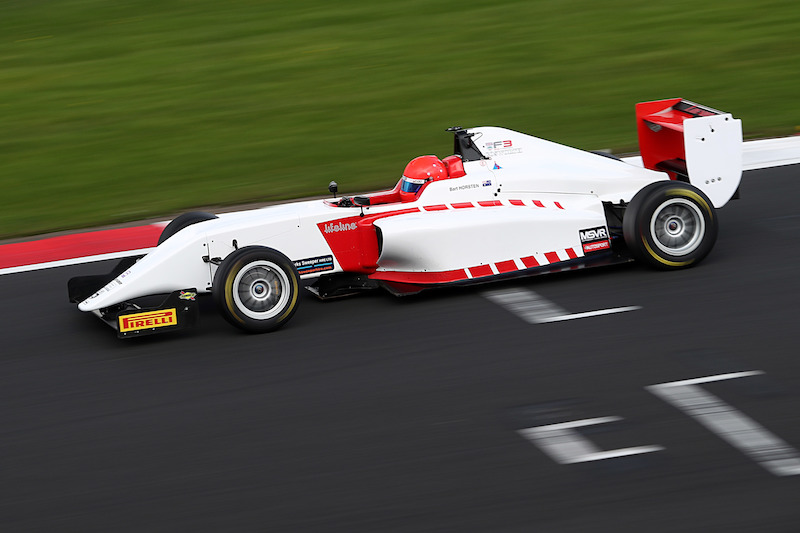 Horsten finished fifth in last year’s British F4 championship, taking his maiden win at the fifth round of the season at Donington.

In addition, he finished on the podium a further nine times – four of those coming consecutively at the Croft and Oulton Park rounds.

Horsten got his first taste of British F3 machinery earlier in the season, at Lanan Racing’s driver evaluation day at Donington in October, when he was one of three F4 drivers sampling the team’s cars with guidance from 2014 BRDC F4 champion-turned-Formula 1 racer George Russell.

“I?m very excited to be moving up to the BRDC British F3 Championship with Lanan Racing for 2020,” said Horsten.

“They have an excellent track record at this level, and I?ve really enjoyed working with them since our day at Donington a couple of months ago.

“That day made a big impression on me, the car was amazing and it was great to meet George Russell too.

“Since then I?ve got more familiar with the car and the team, and I?m very much looking forward to a competitive year with Graham Johnson and the Lanan guys in 2020.”

Horsten has taken part in additional testing days with Lanan Racing since his initial outing in October, and team principal Graham Johnson was impressed with his performances across the tests.

“Bart has done a brilliant job with us in the testing we?ve carried out so far, and we were very keen to get him onboard for the 2020 season,” Johnson added.

“We?re delighted he?s chosen to race with us. While he?s done a fair bit of single seater racing, his experience of slicks and wings is just one season, so that makes his performances in F4 and in testing all the more impressive.”

Horsten will race alongside Josh Mason, who is set to stay with Lanan for a third season.