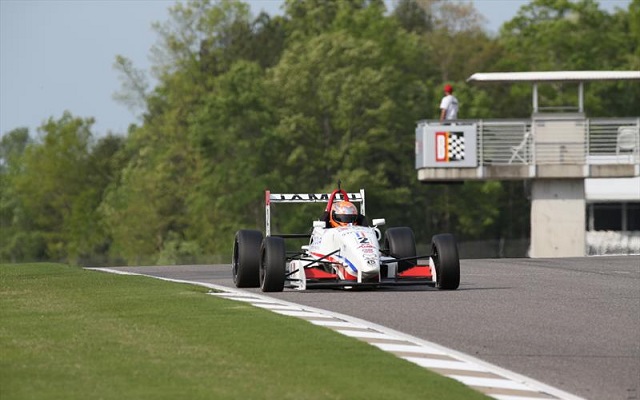 The first two rows of the field were separated by less than two-tenths of a second, as the Frenchman Jamin qualified ahead of the most recent USF2000 race winner,?Victor Franzoni, who was second in his Afterburner Autosport entry.

A late incident involving?James Dayson of ArmsUp Motorsports effectively halted the session with less than five minutes remaining?- his car veered off course, and Dayson was unable to put it back into drive. He placed 14th and last of the runners in the afternoon qualifying session.

Despite a late spin in the session, JDC Motorsports’?Parker Thompson qualified in fifth, fastest among all the first year drivers. Fellow rookie?Luke Gabin will start sixth. Rounding out the top ten will be?Anthony Martin and?Yufeng Luo?starting seventh and eighth in row four, with the fifth row occupied by?Keyvan Andres Soori and?Garth Rickards.

Team Pelfrey’s Nikita Lastochkin did not participate in the session due to damage sustained in a crash during?Friday’s free practice session. Their status for Race 1 is still unknown.