Back to the front: Jimmy Eriksson 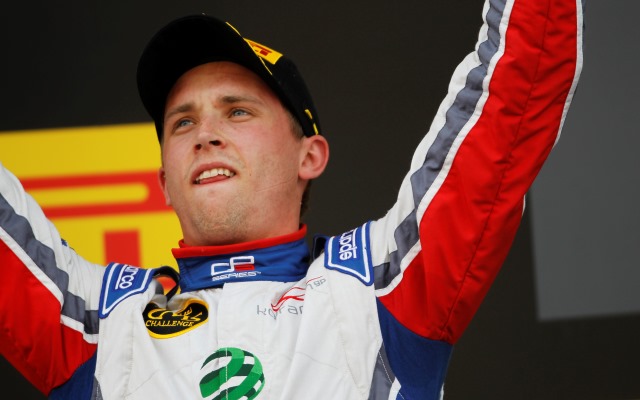 Many may have written off Jimmy Eriksson after his tough rookie campaign in GP3 in 2013, but one season and one team change later has seen the Swede become a proper frontrunner in the infamously challenging championship. Now a multiple race winner in the GP3 Series, he currently sits in third in the standings with two rounds to go and continues to be a factor in the title fight.

Eriksson, now 23, began his foray into professional karting in 2005 and was introduced to winning ways in 2006, securing the win in the Gunnar Nilsson Memorial and taking the runner-up spot in the local championship.

A switch to cars was on the cards for 2009 as he joined German squad Motopark Academy in Formula Renault 2.0. He contested the NEC series full-time in his first year and finished 15th with just two top-ten finishes to his name – one of which was a shock maiden win at the Finnish Alastaro Circuit, taken in the absence of several high-profile Eurocup regulars.

In September of 2009, he did the four-race FR2.0 Sweden round at Knutstorp, taking a podium finish, before managing a solid debut as a guest in Formula Renault 2.0 Eurocup at the Nurburgring.

Continuing his partnership with Motopark, Eriksson joined the German F3 series in 2010, as part of a four-car lineup fielded by the Oschersleben-based squad. He took until round six at Assen to record his first podium but was a race winner just a week later at Lausitz. Eventually, after 18 races, he ended up taking sixth in the overall standings, finishing as the second-best Motopark driver to one Kevin Magnussen.

In 2011, Motopark brought Eriksson to the European scene, entering him in the F3 Euro Series. However, it would be a very difficult campaign for both parties. Eriksson finished ninth out of 12 full-time entrants, taking a best finish of fourth at the Norisring. He would still end up his team’s highest-placed driver as Motopark took fourth and last in the teams’ standings. 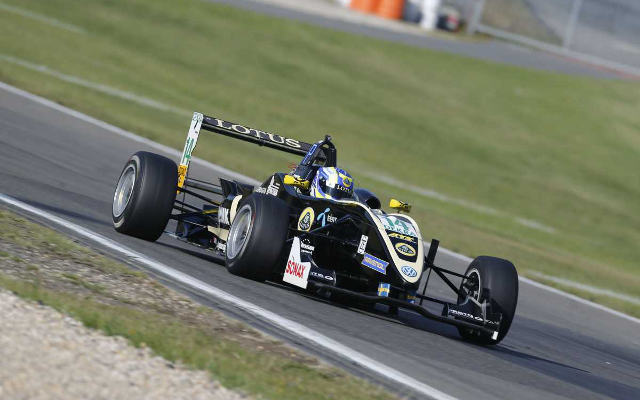 Eriksson completed a three-year stint in F3 with Motopark with the German title in 2012 (Photo: ATS F3 Cup)

After a troubled season, Motopark pulled out of F3 Euro, focusing their F3 efforts on German F3. Eriksson followed suit, returning to the series and immediately recording a win in the opening race of the 2012 season at Zandvoort. He went on to take seven more victories and finished in the points in all races but one, which allowed him to comfortably secure the championship.

He joined Double R for the Macau Grand Prix, where he took 11th, before embarking on is first full season in cars without Motopark in GP3, where he raced for Status. What followed was an extremely difficult season, in which Eriksson did not qualify or finish within the top ten. He scored no points, recording a best finish of 12th as the Irish-Canadian Status squad finished last in the teams’ standings.

Originally set to return under Motopark’s wing, he had to seek new opportunities when the Russian Time – Motopark partnership fell through, cancelling the team’s expected switch to GP3. The Swede did not remain unemployed for long, putting pen to paper on a Koiranen deal shortly afterwards.

Early signs for 2014 were extremely positive as Eriksson topped two pre-season testing sessions – at Estoril and Jerez respectively. He looked even better in the opening rounds of the championship, scoring his first points with a second place in the first race of the season at Catalunya and then banking two more podiums at Spielberg.

At Silverstone, Eriksson took pole and managed to keep championship leader Alex Lynn at bay to pick up his first win in GP3. However, he would only score seven points over the three subsequent rounds, not helped by losing a reverse-grid podium at Hockenheim due to not respecting yellow flags or by being smashed out of the Spa main race at the first corner.

Eriksson would then bounce back at Monza, taking his second win from pole in the opening race. With just four races to go as of this writing, the Swede sits third in the championship – 58 points behind points leader Lynn and just eight adrift of second-placed Stanaway.

He was never considered anything but quick – slow drivers, after all, just don’t win tournaments as major as German F3 – but Eriksson’s first-year troubles in GP3 certainly cast a shadow of a doubt over his ability to progress further up the ladder.

However, his very successful second year with Koiranen should put those doubts to rest. He’s now won feature GP3 races at Silverstone and Monza and is yet to qualify outside of the top ten this year. The consistency that could allow him to fight Lynn for the title is not quite there, but he’s already done well enough as it is – especially given that he’s the only Koiranen driver to score points in this campaign.

This season also showed his versatility – he’s performed well in both dry and wet conditions and has managed to be right on the pace on pretty much every track GP3 has visited this year.

Yet to be picked up or tied to any F1 teams, Eriksson lacks the kind of reputation and CV boasted by many of his fellow GP3 frontrunners. His ties to Motopark would’ve given him a clear path to GP2 a year ago but now that they’re no longer involved, it might be harder for Jimmy to find a team that’ll help him to the next step. As such, he still has some work to do in GP3 – a series that’s notoriously turbulent when it comes to the task holding on to the top spots.

If he does manage to get himself up to the next level, he’ll either need to make an instant impression or amass a serious budget like his compatriot Marcus Ericsson. At this point, we wouldn’t rule out either option. 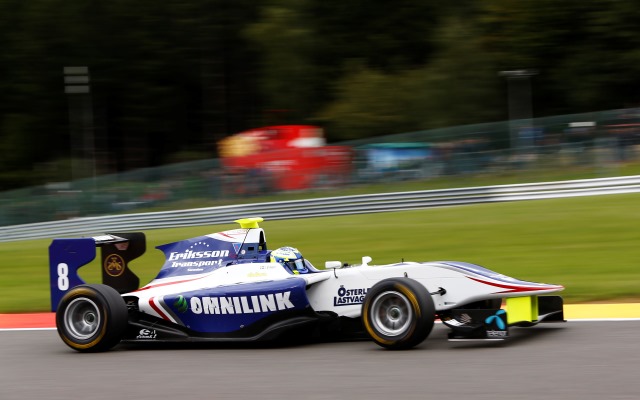