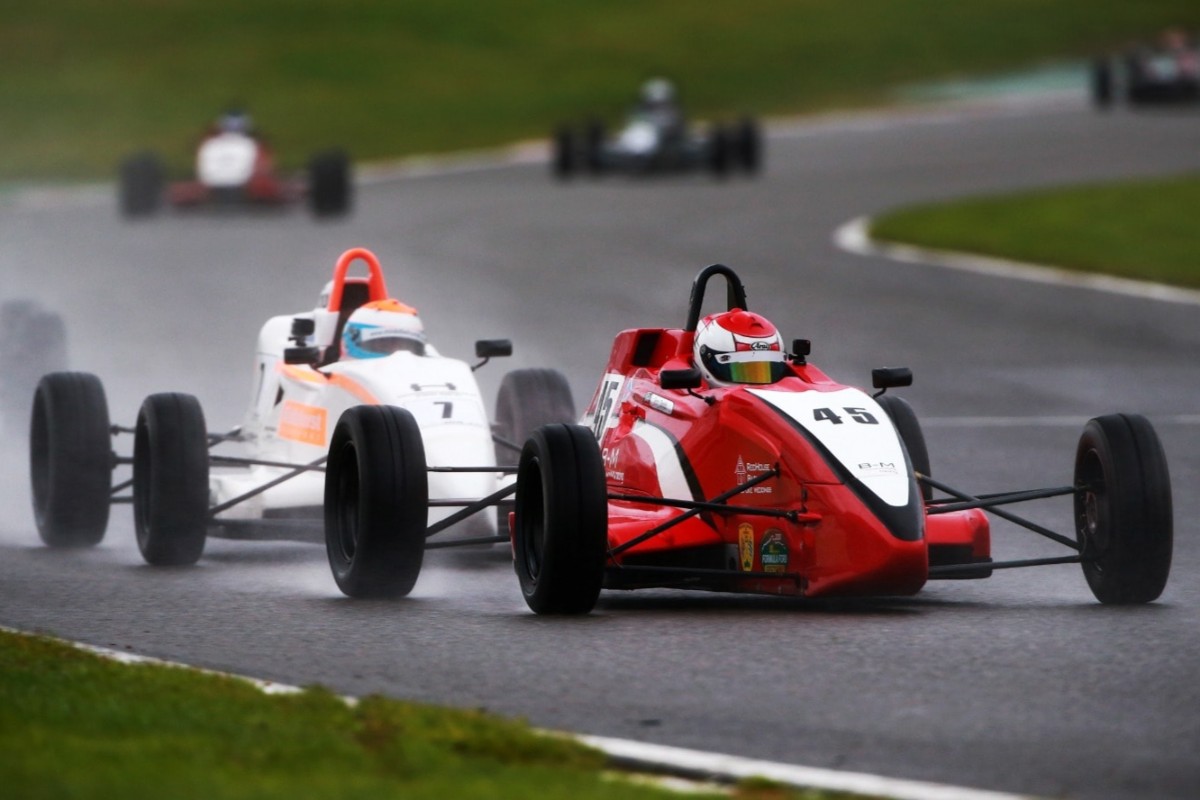 Browne started on pole and led the early stages of the race, while Smith passed Maclennan and Ross Martin to move into second with a strong start.

Smith’s battle with Browne early on around a damp Brands Hatch with realistically one dry line brought Maclennan back into play towards the middle of the 20-lap contest and then Browne’s Low Dempsey Racing team-mate Bryce Aron and Team Dolan’s Martin too.

Smith eventually lunged up the inside of Browne into Clearways to lead, and Kevin Mills Racing’s Maclennan got by at Druids on Lap 12.

The quintet continued in that order for a number of laps until Maclennan crashed at Paddock Hill Bend on lap 15 of 20.

A safety car period was required, and it left a three-lap dash to finish.

Smith got a brilliant restart, but 2019 Festival winner Browne reeled him back in and pressured him to the chequered flag.

Matt Cowley charged from 10th on the grid to round out the podium. After the restart, team-mate Martin got by Aron and took Cowley with him, but Martin went off on the penultimate lap and dropped to 12th.

Chris Middlehurst rose from eighth to fourth in the third of Dolan’s cars, making his way past Team USA scholar Aron late on. His LDR team-mate Maxwell Esterson had a clean drive to sixth.