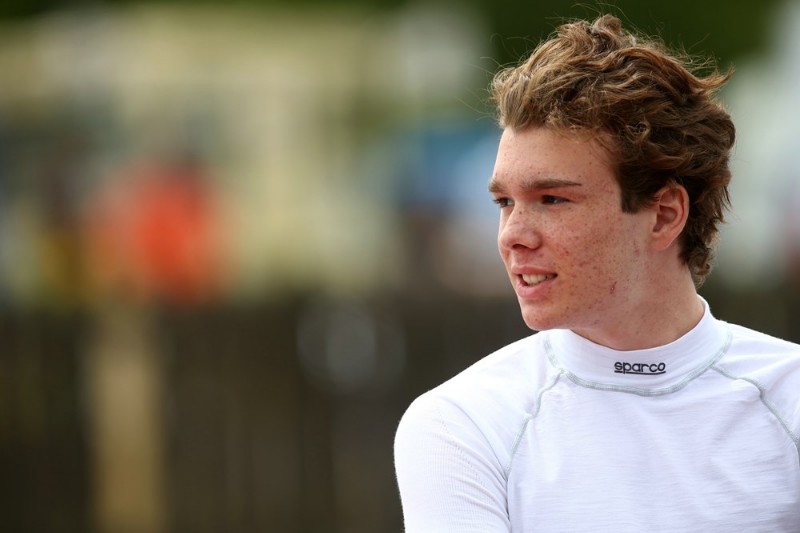 Simmons, who is currently second in the F4 standings, will join Chris Dittmann Racing for the remainder of the 2018 season.

?I?m really excited to be stepping up to the BRDC British F3 in time for the Spa Francorchamps round,? he said.

?This is the next step up in my career and, while it?s come earlier than we expected, it?s too good an opportunity to miss.

?It?s a move I expected to make anyway and now I have a chance to learn the car and series ahead of hopefully a full season in 2019.?

Simmons made his car racing debut in British F4 with Arden in 2016, less than two weeks after his 15th?birthday. He finished second in the rookie classification that year, despite missing the first two rounds of the season, and went on to finish seventh in the overall standings last year.

He joined JHR Developments for this season, winning two of the first three races but only winning on one other occasion since. Engine problems at the most recent round at Croft led to a post-event social media outburst, and are believed to have been an influence in Simmons’s switch to F3.

Clement Novalak, one of Carlin’s four regular F3 drivers, will miss the Spa and Donington Park rounds due to clashing Formula Renault Eurocup commitments. Caroline is expected to replace the car racing rookie, currently 13th in the standings, for those two events.

Caroline is yet to be confirmed as a replacement, but did refer to Carlin?s Billy Monger as his new team-mate on social media last week during Pembrey testing.

?To race for a team like [Carlin] is incredible,? he told Autosport.

?I have a lot of respect for Trev [Carlin] and the entire team. I consider them my racing family and if I could race with them it would be a privilege.?

Caroline competed in four USF2000 races with BN Racing this year with a best finish of fourth, but said testing with Carlin ?felt better than the entire time I was in the States?.

The USF2000 car is based on the same chassis that British F3 uses, which Caroline already has experience of having finished fifth in the 2016 British F3 Autumn Trophy.

British F4 will stick with the current Mygale M14-F4 until 2020 at the earliest, the series has confirmed.

All FIA-backed F4 championships have until 2024 to switch to a new car featuring the halo head protection device, but organisers of the British series have opted to wait until 2020 to make the switch.

Bosses sited the limited time available and significant changes to the junior single-seater ladder as the reasons for not introducing the new car next season.