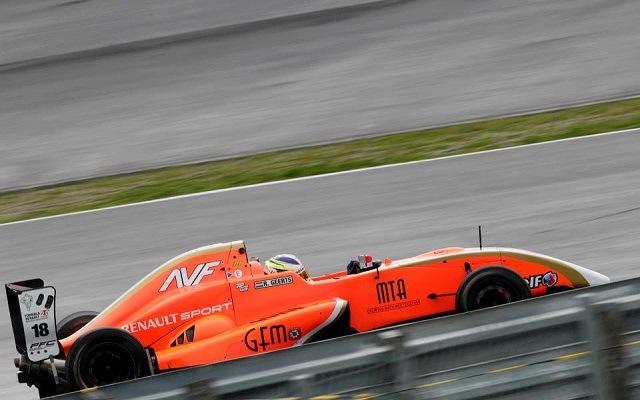 Spanish squad AVF have announced five drivers for the upcoming Formula Renault 2.0 season – two in the Eurocup and three in NEC.

Harrison Scott and Inigo Bikuna will contest the Eurocup with AVF, while NEC returnees Roy Geerts and Josef Zaruba will be joined by Henrique Chaves.

Having also finished second to the dominant Dan Cammish in 2013, Scott amassed a whopping 40 podiums in his two seasons in Fords.

Spaniard Bikuna has been a long-term AVF project, joining the team as a test driver in February of 2014 and going on to guest outings in Eurocup and NEC.

Geerts, 22, won the?inaugural Formula Renault 1.6 NEC title in 2014, clinching it in the final race in dramatic fashion. The Dutchman joined AVF for NEC in 2014, breaking into the top?ten on two occasions and taking 21st overall.

2014 also marked the first full season in NEC for Czech racer Zaruba. Having finished no higher than tenth until the finale, Zaruba then claimed a shock pole at the Nurburgring and converted it into a second-place finish. He ended up 16th in points.

Chaves, 17, will be making his car racing debut in FR2.0.?As a karting driver, he?was the 2010 Portuguese champion in the Cadet class.