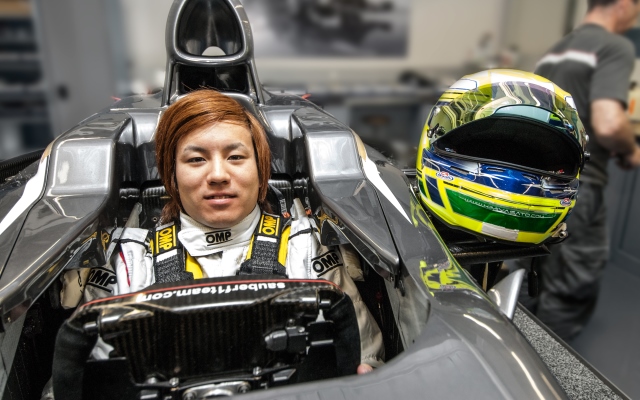 Auto GP points leader Kimiya Sato will drive a Formula 1 car for the first time for Sauber at next week’s young driver test at Silverstone.

Formula Renault 3.5 champion and GP2 race winner Robin Frijns will do the first day and a half of the test, in his role as the team’s test and reserve driver. It will the second time the Dutchman has driven for Sauber, after the young driver test in Abu Dhabi at the end of 2012.

Following a rule change prompted by the recent tyre dramas that allows teams to use race drivers, Nico Hulkenberg will take over from Frijns on the Thursday afternoon.

23-year-old Japanese driver Sato will then be behind the wheel for the team on the Friday. He currently leads the Auto GP standings at the halfway stage ahead of this weekend’s Mugello round.

Driving for Euronova, he has three wins and three other podium finishes from the first eight races. Sato, who is currently overseen by former F1 backmarker Taki Inoue, finished third in German F3 last year, his fourth season of F3 competition.