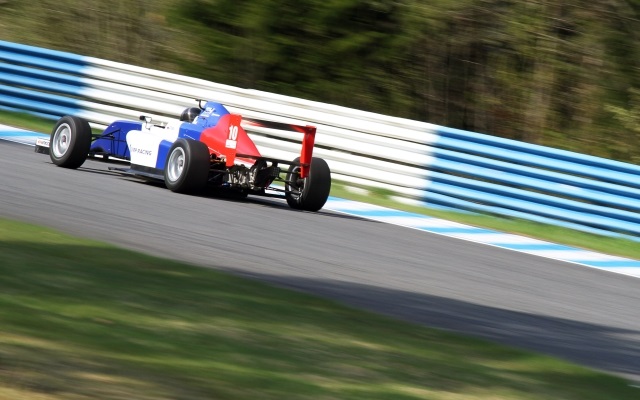 Vladimir Atoev was quickest in the first ever SMP F4 qualifying session at Ahvenisto and will start the first and third races of the weekend from pole.

Atoev, who was eleventh in French F4 last year, stole the lead from top karting graduate Niko Kari with about five?minutes left on the clock.

Finnish duo Aleksanteri Huovinen and Kari were second and third fastest respectively as the Finnish Formula Ford runner-up?also managed to get ahead of Kari in the final stages.

They were followed by Nikita Troitskiy and early leader?Alexey Korneev,?both drivers preferring their SMP F4 campaigns over their French F4 running in the only date clash between the series throughout the season.

Joel?Eriksson and Ivan Matveev will start sixth and seventh, both of them taking on their second season in single-seaters as they were in ADAC Formel Masters and Italian F4 last year respectively.

Another French F4 regular Nerses Isaakyan took eighth, while the top ten was completed by Niclas Nylund and Artem Kabakov.

The grid of the race three, which is determined by the second-best laps of the qualifying, also sees Atoev in the lead but it’s Troitskiy who will line up second alongside him.

As such, Huovinen and Kari will both lose one place to the Russian, while the rest of the top ten is in an unchanged order.

The session was once interrupted by a red flag when MSA Formula regular Enaam Ahmed suffered a crash ten minutes into the session.