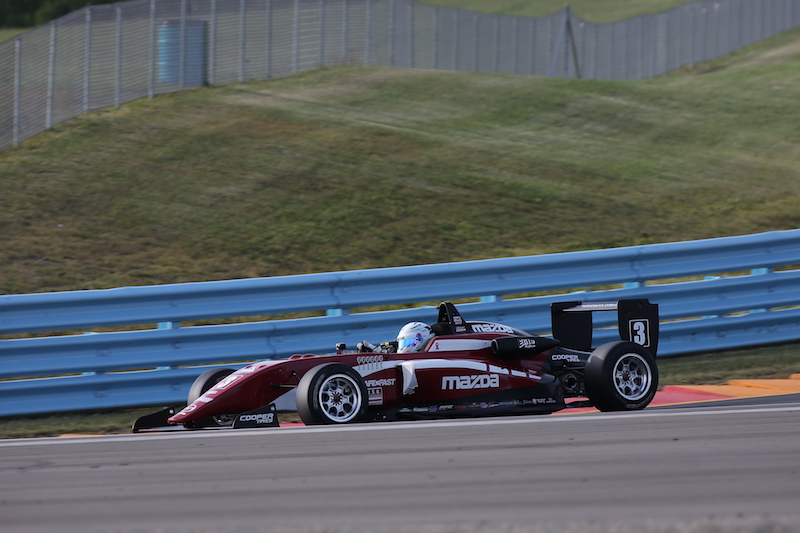 A year on from winning the inaugural Mazda Road to Indy Shootout, Oliver Askew triumphed on the next stage of the MRTI ladder with a second place in the USF2000 title decider at Watkins Glen.

Askew took pole but lost the lead on the first lap to title rival Rinus VeeKay.

He knew that if VeeKay won the race he would only needed fifth to secure the title, and so he did not lay chase as the Dutchman rocketed into a lead that ballooned to almost 10 seconds.

The Dutchman also smashed the lap record by over five seconds.

Although VeeKay?s Pabst Racing Services team-mate Calvin Ming was often within half a second of Askew, he never seriously threatened, and thus Askew crossed the line for his 11th podium of the season and the coveted championship.

Kaylen Frederick finished fourth for Team Pelfrey, with BN Racing?s David Malukas putting in a wonder drive from 14th on the grid to take fifth, pinching the position off DEForce Racing driver Andres Gutierrez on the last lap.

Kory Enders was close behind in seventh, followed by Darren Keane, Lucas Kohl and Robert Megennis.